I mentioned that Krakatoa erupted again.  This is what happened back in 1883.  If you think about it, that sound had effects - on whales in the ocean, on the weather, on psychology...  A subtle but massive Butterfly Effect.  At what point did the influence of that sound-wave end??  1884?  1984?  Is it still being felt, (so to speak)?  How deeply did it - does it - reach?  Into trees?  Into rocks?  Molecules?  Subatomic particles?  Ah, the last one.  The buck stops there.  All the influences in our temporal world stop at the threshold of uncertainty.  Principally speaking.  Our chaos ends where subatomic chaos begins.

The Sound So Loud That It Circled the Earth Four Times...

It was heard in over 50 different locations around the globe. 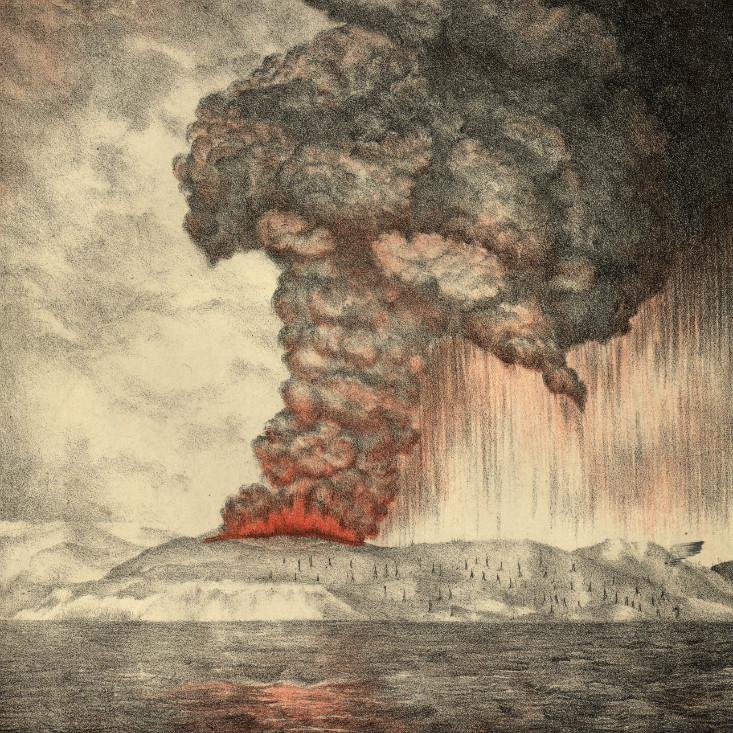 And go here, perhaps to join:

I thought of this song, and then it showed up in a movie I watched, maybe, "Crazy, Stupid Love."  It was first written during another end of the world, 1936, by Cole Porter, and became owned by Frank Sinatra, who probably had the most enduring career/legacy of any singer ever.  Another version was done by Nenah Cherry in 1990.


Meant to be sung once you have the virus.

If you don't think this is the end of the world, then add this to your chereos:

The Chernobyl Exclusion Zone is on fire and radiation levels are spiking
Eruption at Indonesian volcano Krakatoa
A chunk of Yellowstone the size of Chicago has been 'pulsing.' Why?

When Krakatoa erupted in 1883(?), it could be heard on the other side of the globe.  Sounded like artillary.

The fine outstanding oldies station is playing religious music this morning.  So, I guess it must be Easter tomorrow.  basically, it sounds like what they do every Sunday morning.

The most important post you will ever ignore... [This is a personal post with an eye to letting it at least be viewed by folks over at

so_very_doomed, and one or two of my own communities]...

( Collapse ) That's what I always say.

Image of three red unidentified lights in triangular pattern and pale shaft of low, rainy fog that appeared right after loud boom at approximately 8 PM on April 14, 2013, southwest of San Diego in the City of Imperial Beach, California.

An infinity of meanings is available to us

Whereas the sun just confines itself to

Watching over our every coincidence