It's always been all about us.

You want to kill the Trumpianism presidency, without knowing the enemy? You're full of shit.

KNOW THE FUCKING ENEMY. Read their shit. God!!!!!!! You are sending us off to the slaughter by your childish war of words, instead of working for monumental changes.

OK - the first thing I have to add is that I have been harping on about the limits of science for many years. Research my tags. AND. The same hubris that elected Trump to be Trump, or Obama to be Obama, is the hubris that makes science untenable, most markedly via its funding sources. It is the same hubris, of the apple-tantalised American public, at large. You. It has to do with you.

So - anyway - there is one OUT against any clamp-down on scientific or progressive thinking. It is this:

As a Noetic organism, we inspire each other with ideas and innovations, as does the entire universe. As this goes, you should be fucking amazed and thankful that you are any part of it at all. I have posted about this fantasmic existential orgasm at length, days of future and past. Ideas spring out of nowhere and nobody thinks to credit them to the wonder of the psychic human species, in the wondrous universe. Instead, we insert selfish capitalism. And, that is why religion, against state, ends up being a good thing.

The fact that scientific discoveries oddly tend to occur at the same nodes in history, sometimes as if psychically, is a harbinger against the possibility of technology and society being fully demolished, by its own top-heavy hubris.

So, to conclude this post. As Einstein said, "Imagination is more important than knowledge,"...

All I hope to do is to tweak the imagination of just one of you - enough to change this bullshit world. If you don't like that, then lets have a dysphoric miasma of impotent human will. Yes. Surely this is what we aspire to. Call it extreme. It is.S

o, anyway...  It is nice that I am hearing people on the radio machine questioning science, and mentioning the hubris associated with it.  It is the same hubris which is in the heads of politicians, and gets us into wars.  Because we tyhink we know it all.

The other day, I came up with this idea: The reason why there is an apparently permanent difference between quantum (micro) theory and Einstein's (macro) relativity is because of our assumption of TIME.  Our local time distorts how we observe, and how we measure.  I am sure I have had this thought in the past, but it was all well laid out for me, the other day.  The very next day, yesterday, I was listening to TED Radio, and they bring up this point.  A certain philosopher of science proposes that the reason why there is a difference between the two main theoies, micro and macro, is because of TIME.  My very same thought!  And they were holding this guy up to be some kind of intellectual genius, because of it!  You see...  Our thoughts are all dancing around together in our universal static.  We pull them out like rabitts from a hat.  Making origami of the universe.

Connecting the dots:
Constellations are real.  In our minds.  Sometimes, it is all in our subjective perspective, and stars we see as being related, in a Big Dipper, or such, are actually very, very far apart in space-time.  Correlation is not (always) causation.  In fact, correlation is never causation, and all reality is but theory, to our primate noodles.

The sky is infinite - the stars can be blinding. The authorities can be enticing. The tin foil hat can protect your crazy brain from cosmic radiation, yars... So - I do have more in my tags, y'all.... YOU'RE IT! 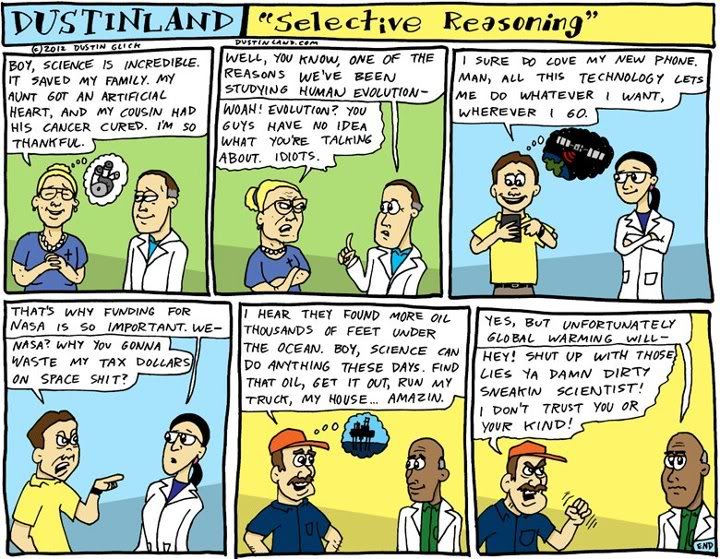 PS - Well, I was minding my own webly business and along comes another BIG BROTHER IP sniffer trying to read my internet/course info - and believe me, they do this to YOU ALL, but mostly me - and I got fed up so I typed "fuck you" over and over and over in the url place, and it took me to an HTTPS ENCRYPTED GOOGLE SEARCH which then tried to redirect me somewhere else! BTW, if you don't know by now that GOOGLE and the NSA are Siamese twins, then you've been drinking the bananafish koolaid. I didn't go where they wanted to take me but I did find THIS, (through a legitimate search-bar search), YO - http://uncyclopedia.wikia.com/wiki/Fuck_you, ha harrrrrr - and the homepage is pretty good - http://uncyclopedia.wikia.com/wiki/Main_Page.
Collapse