The Transcending Self: 31 Journaling Prompts for Building Greater Self-Reliance 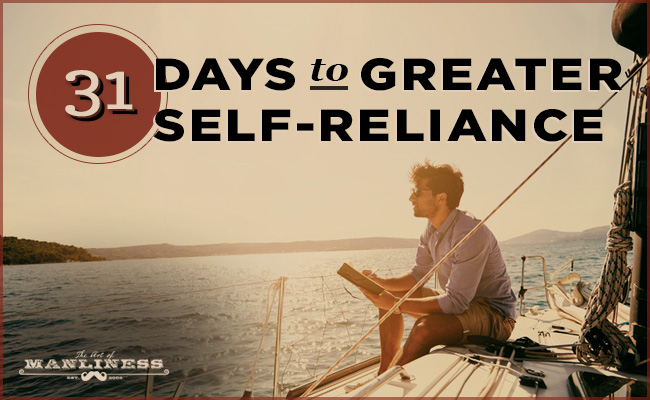 “The writer is an explorer. Every step is an advance into a new land.” ―Ralph Waldo Emerson

The goal of self-reliance is to achieve sovereignty in our connected, civilized world. It’s to remember that your judgments are valid — even if, especially if, they’re unpopular. It’s remembering you don’t need to be on a side, that the team colors people try to throw on you may not actually represent who you are.

There’s no magic bullet for self-reliance. There’s no step-by-step system to achieve it. There are, however, some practices that will help us move towards it. I, along with countless others, have found journaling to be a particularly effective one.

The aim is to help you go deeper into yourself so that you might better reset your relationships to yourself, the world, and the people you spend time with.

I’d recommend writing on each prompt for at least twenty minutes. It’s likely that these will serve as jumping-off points and you’ll end your writing session on a completely different topic having followed your ideas on an open-ended — and self-reliant — course.

You can start working on these prompts at any time, and do as many a day as you’d like (though I don’t recommend tackling more than two a day, to make sure you give each sufficient space and time for reflection). However, the number of prompts — 31 — makes them particularly suitable for tackling one a day as part of a month-long exercise. Commit to making the 31 days ahead the month where you finally begin to live a life in which you make decisions with primary respect to your own experience of the world. When you finally begin to pay less attention to the opinions of others, and start really being true to yourself. When you finally start trusting yourself.

“The primary cause of disorder in ourselves is the seeking of reality promised by another.” ―Jiddu Krishnamurti

What is something you have or are pursuing, that other people say is worthwhile, but you haven’t found valuable? Do you continue to pursue it based on the promises of others?


madman101:   I grew up being fed false promises, both implied and overt. Other people have had it worse than me, and my earlier childhood was fairly happy. However, older siblings and my father continuously discounted my interests or ambitions, while promising me things they never delivered, or else screwed up on, blaming me, or what have you. This became almost a covert, running joke amongst them, which they would never, of course, recognise in themselves, being good Catholics. Being a child, I simply moved on from interest to interest, having no real support in anything, becoming something of a diligent and experimenter. But, this became good because I had such a strong inner self that I eventually decided to go my own way and discover all about the universe, in my own way, and on my own terms, even if it meant failure in the eyes of anyone else. Because I stepped out of society, I began to see the dysfunctions within it, which had been trying to claim my own allegiances.

For example, I saw a brother deliberately taunting his young son, and making the son completely screw up with some present he had just been given, only so that the father could step in and, "save," the son, by showing him the, "right," and only way to do it. It didn't seem to matter to the father that he had forced his son into complete, bawling tears.

As another example of this inherent daftness was when the brother once was in the kitchen with me. He grabbed a whole package of bacon out of the freezer, shoving it all together into the microwave. "This is the ONLY way to eat bacon!" he shouted proudly! And, I'm like, "But bacon is bad enough for you to begin with!"

Yes, bacon really is killing us | News | The Guardian

I don't know why it has taken the human race until 2015 to recognise that processed meat is toxic, because of the nitrites, and because of the heated fats, and because of the larger molecules - not to mention that farming meat consumes far more resources and energy than farming grains or vegetables. But my brother's example to me was to eat microwaved bacon in mass quantities, because some authority deems this the only right way to do it.

Well, you can imagine a mentality like that, inherently at odds with some aspects of reality, trying to be some kind of role-model or bread-winner for others. Mistakes and failures and self-defeat would be part of the whole package, and therefor promises made would very often, necessarilly, be promises broken. Or hearts broken, as in the case of his son. But. You know. In our Western civilisation, there is often this thing called money which comes along to obscure and patch up all these profanities, at least in the eyes of the blind.

Anyway, I really don't do anything to meet the expectations of others. That is my nature, and that is my learning, and that is also a demand of my chronic illness, which extorts so much of my energy: I simply cannot afford to be unreal or dishonest. I have always been literal in my speech, (unless I was being dashing and witty), but now I am so to the point, because I know what spirit-stealing, exhausting, blood-sucking-monkeys* human beings can be, especially the ones in a mission of denial.

But if there was one thing I could my finger on - that I still do in order to meet the expectations of others - I would say it is: bathing. Really, I don't feel I should have to bath as much as I do. But I guess I am just an wimp in this regard.

Hey, enlightened, self-actualised, self-reliant people out there?! Ever noticed that the more independent you are, the more these psycho's come out of the woodwork and somehow try to run over you 'inadvertently' with their symbolic psychic automobiles, or such? I have...

You can take the 31-day challenge too! Just like me! This will make you very popular, with all the people who don't matter..  And with birds.  . "This is a guest article by Kyle Eschenroeder, author of, The Pocket Guide to Self-Reliance. The goal of self-reliance is to achieve sovereignty in our connected, civilized world. It’s to remember that your judgments are valid — even if, especially if, they’re unpopular."