So... the winds died down. Thank the gods! And we're supposed to get rain where I live by Tuesday for at least 3 days of small showers. But we have Friday through Monday of dry conditions and massive wildfires and forest fires spreading all over.

Meanwhile, the winds shifted back to coming from the west, so all the smoke from the fires that were blown east are now coming back. It's much worse where I am, now in the 200s range of Unhealthy for Everyone on the Kitsap Peninsula. More smoke even than we had 2 years ago on our first summer here at Heron House. You can't see Seattle at all from the shoreline by me. It looks like yellow fog here. Eerie as hell.

In Seattle, you can barely see at all... 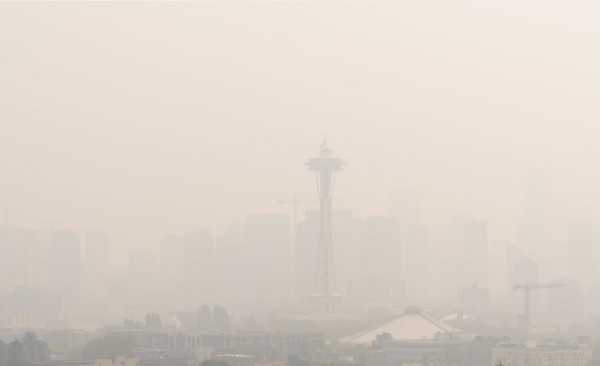 It was very strange to go out to run a quick errand. It was like fog, but obviously not. We wore N95 masks to keep the tiny debris out of our lungs. Cloth masks won't cut it with this stuff. Worst air quality in the world is on the West Coast right now.

Robin and I recently broke up as friends, but I know she lives east of Otis, Oregon, and the only large fire in the Coastal Mountain range may have already burned her home. She lived in a rental she that her husband decided to buy from the owner. I guess that's not an option now. I have several friends that live in Lincoln City and around there who have had to leave.  Here is the latest map of that fire: 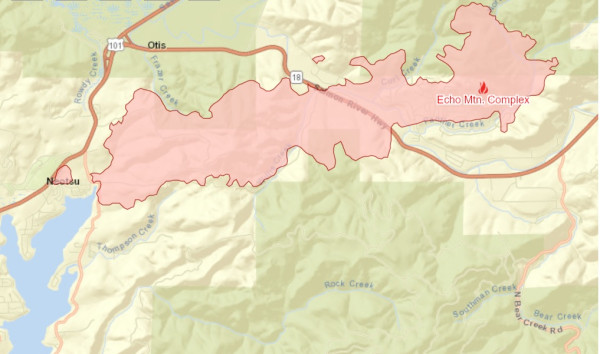 Meanwhile, in the Willamette Valley, where most Oregonians live, is crazy... 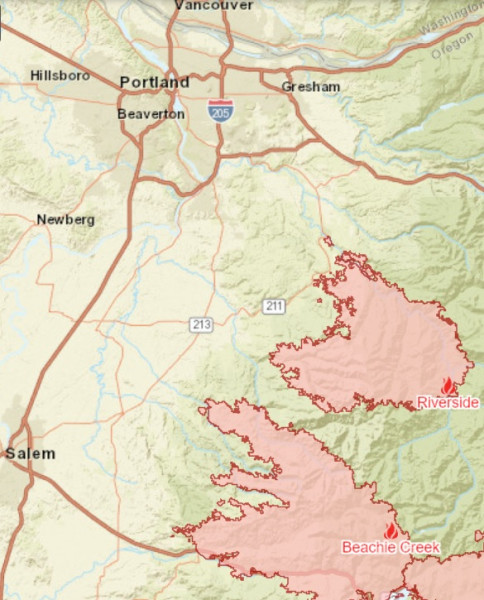 One problem with the mountain passes is that there is only one road through to get in or out, going east to west-- and the fires have cut off most of those roads. A lot of people are believed to have become trapped and died. The wildlife... horrific loses.

The evacuation zone is getting so massive, it's actually difficult to comprehend!
They're doing the "Ready, Set, GO!" thing with green for "get ready" and yellow for "get set" and red for "go now!"

I used to live in Troutdale, just north of Gresham, and then to the west of Gresham, next to the Mt. Hood foothills.
That Evacuation line is headed towards PORTLAND. The zones actually go down to include Salem as well, but I just got this zone to give you an idea. A HALF MILLION PEOPLE HAVE BEEN EVACUATED - which is 12% of the entire population of Oregon,, and this weekend, it may be most of the valley and even Portland, which will put add another 2.5 million people to the evacuee list-- or 60% of the population of the state! Winds have shifted. Temperatures are down. Let's hope that's enough to avoid the worst fire disaster maybe in urban American history...! 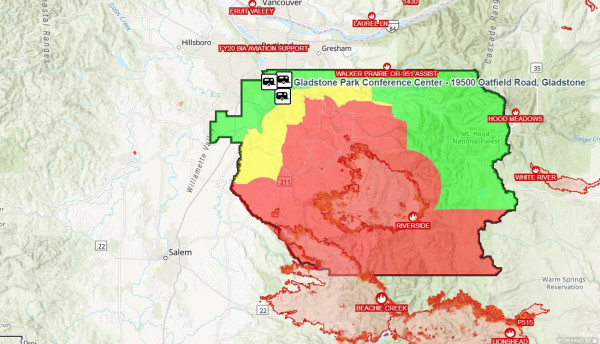 I have heard stories from evacuees that go to a friend's or relative's house and then they have to evacuate AGAIN, going further and further out. Vancouver, next to Portland, is on Green status already.

We're hiding at home, highest filters on, and wearing those N95 masks for tending to the chickens and outdoor chores. I keep hearing from friends in Oregon in the line of fire (LITERALLY) and I'm so worried for them. And so fucking sad about all that's been destroyed. Parks I've camped in... trails I've hiked... scenery I've admired... and memories. I thought the fire in the gorge 4 years ago was bad. My heart ached. But this?!? This is almost incomprehensible. These are so much more massive than ANY FIRES we've had in my lifetime. And they've been getting bigger and badder for a while, but oh my fucking gods...

In happier budgie news, here's a birthday sketch for a fellow parakeet pal featuring her talking budgie Minion ready to party. I want to do this picture up as a full colour drawing like a macaw picture I did a while ago. You can hear Minion talking on YouTube!