Yesterday started off 'energetically', but soon petered out.  My main hope was to write something themey, which might get done today.  Didn't really happen.  Besides the fatigue, the post is really very far-ranging, so I need to be in the right place, including being able to remember what I am trying to do.

I did wash dishes and pots, and cooked a batch of black and red beans.  And I cooked a little thing up for the so-called cornbread I have yet to accomplish.  That and beans will cover my basic food requirements for now.  I have plenty of fermented 'V8', fermented chocolate drink, crazy milk, oats, stuff in the freezer, Kombucha, etc.  Just not wanting to go to the store any time soon.  Maybe by end of week.

I had some of that little mix for my 'dinner', and it was great. Basically: peas boiled to a liquid, lentils, a little chili flavour, and a can of corn, with garlic salt. So good! A southwest-style soup, basically.

There were a few movies on TV.  I simul-watched "Catwoman", and, "3 Days to Kill", both being fairly stupid but the latter being somewhat creative.  I am still in a TV way.  It is good to have MSI and then step out of it top get things done, plus my headache is almost gone.  Soyay.  Also watched a TV quiz show local to Ye Olde City last night.  Two teams of 4 high-school kids just standing there not being able to answer a single question.  So typical of moronic YOC.  But then a little guy named Copper jumped out his pants answering all the history questions.  It was interesting in a perplexing way.  BTW - there was a shooting in YOC the other night, which made national news.  A guy was holed up in a Super-8, shooting people.  I wondered if was a sister's old boyfriend.  Because the same thing happened maybe 10-15 years ago - a guy holed up in a motel - and I thought that the naked woman who got away might have been my sister.  Because the guy was her old bf, who still had a thing for her.  I never found out if that was her, but I don't think that's the sort of thing you would just blurt out to start conversation. 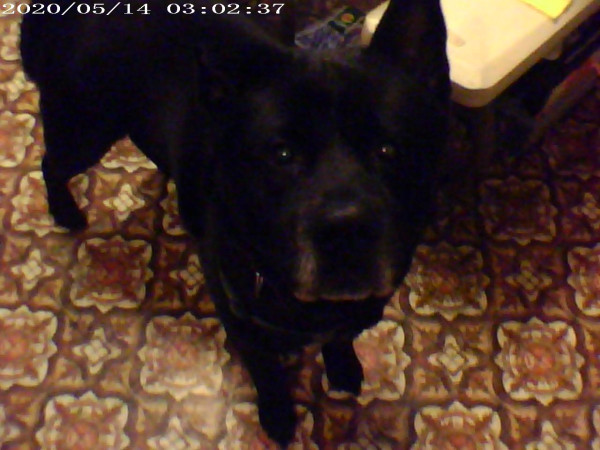 Camera has no flash, or zoom, or "photoshop" - not sure about night vision. These were taken inside, no flash. I might be able to brighten pics, etc., in a month or so. "Cornbread" calls...
Collapse