It's nice to discover I don't have to walk to the library until tomorrow. Due to recent walks, I have been having killer brain fatigue, etc. Now I can try a nap.

I hope you read

If you'd like a card and/or CD mixes, please comment w/ your address - all will be screened. For music: you may request any theme, and/or type of music you'd prefer, like: soft rock, silly, loud, pop, sophisticated, or whatever. 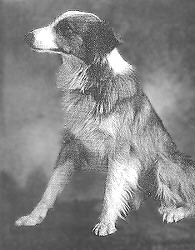 In August 1923, Frank and Elizabeth Brazier, with their daughters Leona and Nova, were visiting relatives in Wolcott, Indiana. Their two-year-old Scotch Collie/English Shepherd mix dog Bobbie was attacked by three other dogs and ran away. After an exhaustive search, the heartbroken Brazier family were unable to find Bobbie and continued their trip before returning home to Oregon, expecting never to see their dog again.

In February 1924, six months later, Bobbie returned to Silverton mangy, dirty, and scrawny, with his toenails worn down to nothing. He showed all the signs of having walked the entire distance, including swimming rivers and crossing the Continental Divide during the coldest part of winter.[3]

My dog is a black American Akita, looking a lot like the famous, Hachikō, (who is pictured in the very interesting list above), for which a movie was made, Hachi.  (Strangely, many people in this city, in which I live, are crazy over this movie).

Aside from the Siberian Husky and psychic Malamute, I have lived with several other dogs.  One dog was renowned for climbing up park slides - up the steps, along with the kids - and then sliding down, while everyone laughed and clapped.  He was an amazement, and he loved doing this.  He finally ran away, partly because my family was strange.  Possibly, this dog assumed my own will to flee.  So it goes.  Kinda the opposite of the Bobbie story.