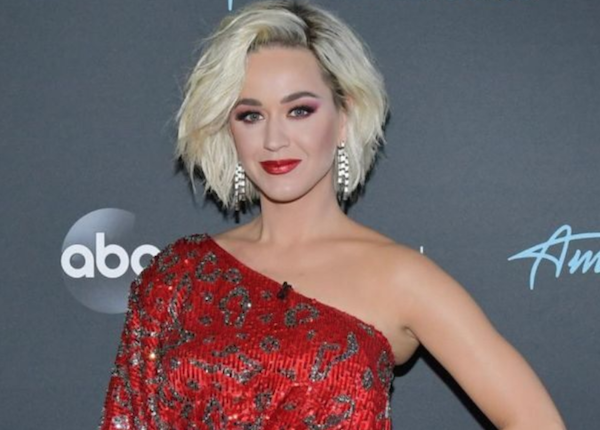 Katy Perry is still involved in a bunch of nun-related drama. In case you missed it, Katy paid a California archdiocese $14.5 million for a convent in Los Angeles.

But the nuns who lived their claimed that they actually had the right to sell it. They accused Katy Perry of being Satanic and doing witchcraft, so they wanted to sell it to a nightlife developer.

Last year, one of the nuns collapsed and died before she was set to appear in court before Perry's legal team. The last surviving nun from the convent claims that Katy "has blood on her hands." She also says, “I really didn’t like Katy Perry. I’m sure she doesn’t like me.”

One of the many names people have used to try to describe CFS - I mean CFIDS - I mean M.E. - I mean Neurasthenia - I mean Hysterical Hypochondria...  To make things worse, there are conditions which seem to blend into CFS - like Chronic Fatigue; Gulf War Syndrome, Fibromyalgia, Multiple Chemical Sensitivity (E.I.), Post-Polio Fatigue Syndrome, Lupus, Lyme Disease, Crone's Disease, Multiple Sclerosis, Dementia, and so on.

So - yesterday, I walked to the library.  I am glad I had decided that it would be too much for me to haul laundry downtown, and do laundry, today.  I have been pulling out of that bad relapse.  And it was pretty muggy out as well.  There was a new librarian there, a somewhat handsome probably-gay male.  He was super nice to me, and I would have sm9iled more, but I am not presently a female, or gay, and I am still missing a front tooth.

Strangely, everyone was nice to me, along my way.  Theoretically, I must have looked pretty cool.  On my way, there were some white men, one of whom I spied a little long, because he looked like the anarchist guy from the DVD store.  As I walked around a car, with white males in the front, and two little black boys in the back, a little voice came out of the car, "What's up, dud?"  What an honour.  At the liquor store, one of the cashiers, who was directing the other how to get of of a glitch occurring w/ my card, was smiling and staring at me, and gave a big, "Than YOU!"  Too bad mt brain never really focused in on her.

Then I walked to the little house which my LL referred me to.  I might have mentioned this in my earlier post.  It was just too small.  But I have an idea, and so I will be asking my LL to meet me there, where I will explain.  There was a dude around the side of the house, barbecuing.  He told me the neighbourhood was really quiet, and he didn't know of any barking dogs up on the second floor porch of a nearly adjacent apartment building.  So, these were good points.  The dude was nice.  Walking, I smiled at a black lady sitting on her porch, which changed her negative face into a smile.  I don't like seeing people with houses sitting right up next to the sidewalk.  Must be a bitch to live that way.

Went home, resting from the trip, and drinking obligatory wine, and watching 'a BBC Ian McKwen movie, "On Chesil Beach,"  featuring Saoirse Ronan, whom I love - (even when I found the movie, "Brooklyn," to be boring.  In that movie, she played someone much older than her character in, "Ladybird," comparable to Blake Lively, in The Age of Adaline.  (See also, "Ladybird").  I think Ronan doesn't always get parts which exactly fit her, but she was well suited to, "Atonement," and, "Grand Budapest Hotel."  She is great at accents, even though she looks like she could be my lost Irish sister.  But I don't know why the English are now pronouncing, "Beautiful," differently, (see also: Keira Knightly and Russel Brand).  "BeaTifewl," or something, like little mouse people, accent on the 'T'.  This movie was a 1960ish period piece, and that's just wrong - as is saying the word, "Actually," the way they do today.  Occasionally, Ronan acted a little like Lindsay Lohan, which, well, 'Ronan'; 'Lohan', so.  Both red-headed Irish.  This was a movie about extremely shy and awkward young lovers which, maybe only the English would have the patience to enjoy.  But, Ronan outshone that, with those lovely eyes.  Yo.

I hate anachronism in movies - they are as bad as discontinuity.  A similar anachronism, or two,  occurs in another McEwen and Ronan movie, "Atonement," although I couldn't tell you what it was at the moment.  They really bring down the serious quality of a movie.  Sometimes by mistake.  Sometimes because the writers/directors are trying to appeal to a modern audience.  Oh - I also noticed at least one in the movie, "Green Book," an otherwise great film.

In the English movie I watched (prior to this one), "The World's End," a Wright, Pegg, Frost movie, the actress occasionally immitated Keira Knightly - something I have noticed other actors doing lately.  I should right more on this movie later.

.Woke up with a wineraine replacing the central brain issue that had been haunting me until yesterday.  Currently, I am not in as bad shape as I might have been.  As usual, I took my dog out late morning.  Felt good enough to rassel up the dog droppings.  Whilst this I was doing, the newer large white neighbours sauntered out of their apartment, up the sidewalk, (no longer walking through my lawn).  And, for the fifth time, the giant little toddler sad, "I like your dog!"  So, I just said, "Oh, OK, great, good..."  bla bla.  As they rounded my corner, the large white man asked if my dog was a chow.  I said Akita.  He said he had an Akita when he was a giant white toddler.  And so we talked briefly on this.  Then I asked him if he saw the neighbour man, whom I refer to here as, "A-hole," mowing my lawn.  He somewhat defensively said no.  Then we both agreed that the best way to be was to mind one's own business, but go ballistic if ever someone should bother you.

I've been hoping to convey this information to these people, which will peel them a bit away from A-hole, who acts like he owns their house, and the whole area around here.  After this, I took some pictures of the sloppy lawn, with its mounds of dead brown grass arranged like farmer's hail bales in a field.  I only had 4 pics left on my camera.  Since I STILL cannot find the download cable for this camera, I may never be able to use them.  I have pics in there from when my siblings helped me move out of my house, years ago, and I still have not been able to download them.  I wonder where that cable is - or if it is gone.  It would be nice to post pics of my dog here.  I bought another camera at a yard sale, but the software with it is incorrect, or something.  Technology creates so many complications, sometimes wasting more time than it is worth.

I need to rest now, before I figure out what I can do with the day.  Did some tidying yesterday - probably a little more today.
Collapse