Seemingly tireless at age 65, Lopez Obrador breezed through a day of public appearances Saturday that included taking the oath of office and speaking to Congress and attending an inaugural celebration at Mexico City’s vast main square.

He received a spiritual cleansing by indigenous leaders as part of the festivities, then closed out the gathering with a folksy 90-minute speech to the thousands of jubilant fans jamming the Zocalo vowing to help the poor in a nation where almost half the population lives in poverty.

“We are going to govern for everyone, but we are going to give preference to the most impoverished and vulnerable,” Lopez Obrador said. “For the good of all, the poor come first.”

The DNA Industry’s Role in the Erosion of Native Rights

Amid the barrage of racist, anti-immigrant, and other attacks launched by President Trump and his administration in recent months, a series of little noted steps have threatened Native American land rights and sovereignty. Such attacks have focused on tribal sovereignty, the Indian Child Welfare Act (ICWA), and the voting rights of Native Americans, and they have come from Washington, the courts, and a state legislature. What they share is a single conceptual framework: the idea that the long history that has shaped U.S.-Native American relations has no relevance to today’s realities.

Meanwhile, in an apparently unrelated event, Senator Elizabeth Warren, egged on by Donald Trump’s “Pocahontas” taunts and his mocking of her claims to native ancestry, triumphantly touted her DNA results to “prove” her Native American heritage. In turning to the burgeoning, for-profit DNA industry, however, she implicitly lent her progressive weight to claims about race and identity that go hand in hand with moves to undermine Native sovereignty.

The DNA industry has, in fact, found a way to profit from reviving and modernizing antiquated ideas about the biological origins of race and repackaging them in a cheerful, Disneyfied wrapping. While it’s true that the it’s-a-small-world-after-all multiculturalism of the new racial science rejects nineteenth-century scientific racism and Social Darwinism, it is offering a twenty-first-century version of pseudoscience that once again reduces race to a matter of genetics and origins. In the process, the corporate-promoted ancestry fad conveniently manages to erase the histories of conquest, colonization, and exploitation that created not just racial inequality but race itself as a crucial category in the modern world.

In the final month of his administration, Barack Obama designated 1.35 million acres in Utah as the Bears Ears National Monument. A year later, Donald Trump slashed the expanse by 85 percent, leaving about 200,000 acres under federal protection.

Trump said he reduced the size of Bears Ears to combat government overreach, but critics claim the move opened the area to mining and drilling. The Washington Post discovered that a uranium company had conducted an intensive lobbying campaign to cut down the amount of protected land.

Native tribes, environmentalists and concerned businesses such as Patagonia have filed a lawsuit that claims the executive branch lacks authority to alter the size of national monuments. If the suit fails, no designated national monument is safe, according to the Los Angeles Times.

“Edge of Morning: Native Voices Speak for the Bears Ears,” edited by Jacqueline Keeler and featuring essays, interviews and poetry by Native American writers, addresses the issue at the heart of all the political and legal wrangling: For Native Americans, the Bears Ears land is an endangered, irreplaceable spiritual and cultural center. The book describes the unprecedented collaborative process that preceded the national monument designation. Even more importantly, it articulates the nature and depth of Native American ties to the land. We learn about the Bears Ears in particular, but the greater lesson deals with culture, identity and, as one writer says, “what it means to be human.”

Click here to read long excerpts from “Edge of Morning” at Google Books.

This news is about three weeks old, but it is worth repeating. Two important issues close to my heart, and hopefully yours...

A Judge Dealt a Potentially Fatal Blow to the Keystone Pipeline

The battle over the Dakota Access Pipeline, explained - Vox (2016)

A Thanksgiving bonfire at dawn: celebrating Native American resistance on Alcatraz
The Indigenous People's Thanksgiving Day is a sunrise ceremony ...
While most people are still asleep, thousands gather each year to remember the occupation that helped inspire the modern Native American protest movement...

Read more at THE GUARDIAN

How a change in climate wiped out the ‘Siberian unicorn’ 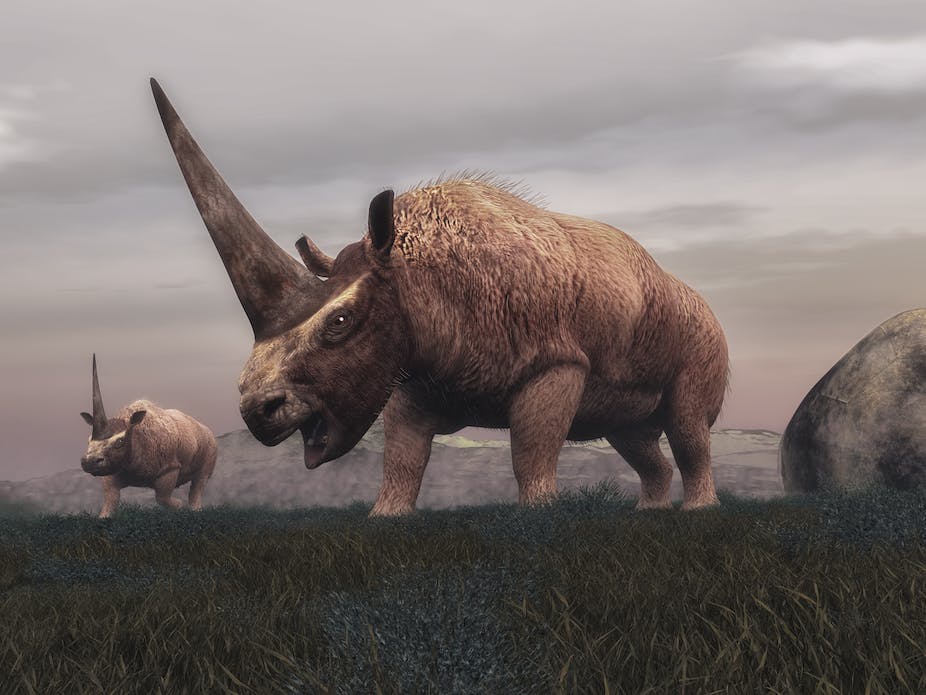 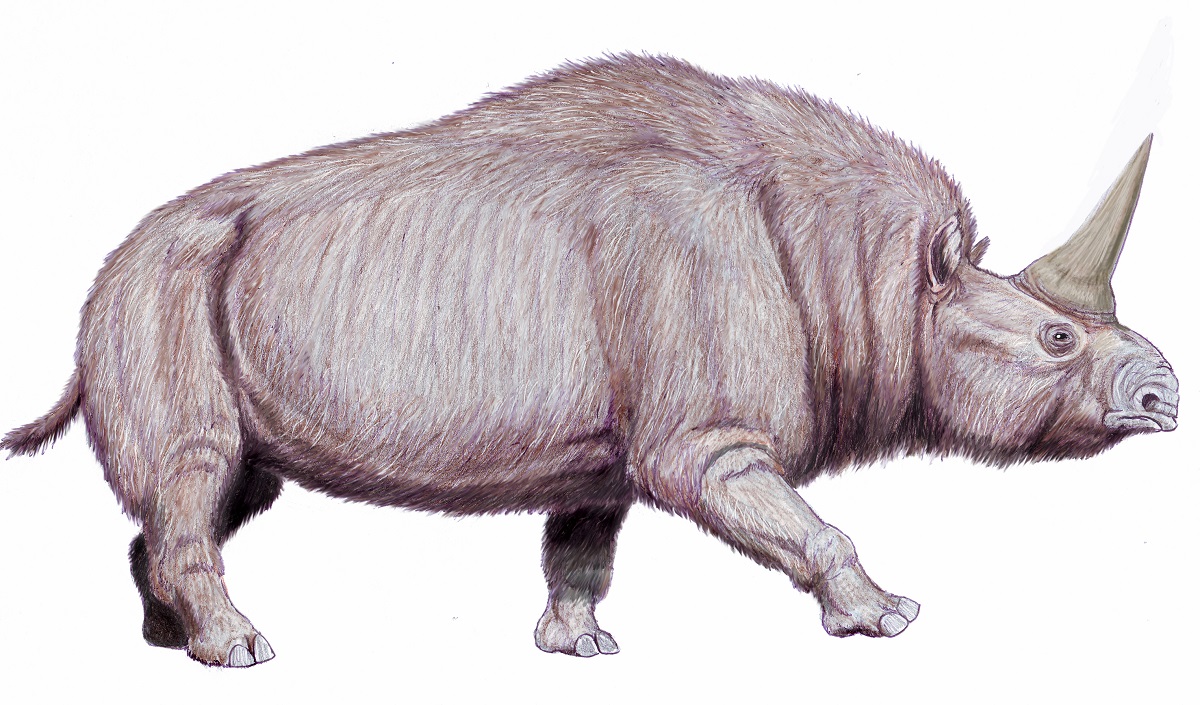 A mysterious shaggy giant species of rhinoceros – named the Siberian unicorn due to its enormous single horn – turns out to have survived in western Russia until just 36,000 years ago, according to research published today in Nature Ecology & Evolution. This extinction date means that the Siberian unicorn’s final days were shared with early modern humans and Neanderthals.

Previously, little was known about the creature thought to have become extinct more than 200,000 years ago. But genetic analysis and radiocarbon dating have begun to reveal many aspects of how it lived, and when it died out.

A key finding is that the Siberian unicorn did not become extinct due to modern human hunting, nor even the peak of the last Ice Age starting around 25,000 years ago.

Instead, it succumbed to a more subtle change in climate that reduced grassland from eastern Europe to China.

Our new results show that the Siberian unicorn was reliant on these grasslands and, unlike other species in the area such as the saiga antelope, was unable to adapt to change.

Read full article at THE CONVERSATION

How Subtle Climate Change Wiped Out The Prehistoric ‘Siberian Unicorn’

Ice Age 'Unicorn' May Have Lived Alongside Modern Humans 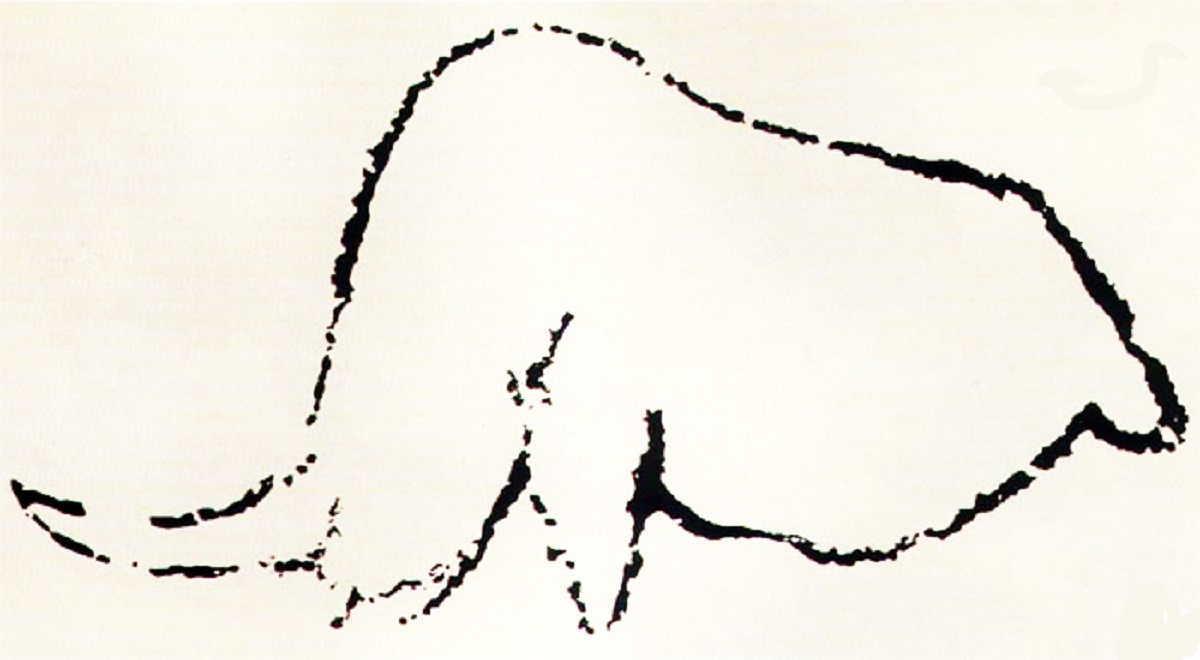 Ancient artwork from a cave in Rouffignac, France, depicting what is believed to be an Elasmotherium. Image license Public Domain, U.S. France, by The Rhino Resource Center via Wikimedia Commons

NOTE: These beasties ranged across Siberia, Mongolia, up to Eastern Europe, at the same time the Denisovans and Neandertals lived in those regions. That also puts them around the Caucasus Mountains, the Black Sea, the Himalayas, Tibet, and up the Volga - all areas where Caucasians evolved from Sapiens, Neandertal and Desisovians, and the area where nations like the Scythians mastered the horse and agriculture, and where related races reached north and west to establish themselves as native Americans, (eastward as well). The point is that humans knew this animal well, and if ever a "Unicorn" emerged in legend from a real creature, that creature could have been this rhino, now extinct. Grass eaters generally want to be left alone, especially in northern climes. So, it is possible that some humans danced with them at times.

Many people assume that prehistoric megafauna, like this animal, mammoths, and the saber-toothed cat, went extinct only 10-20 thousand years ago. Exterminated by man, or by the Ice Age, or both. In fact, this was the final blow, or fall, after the megafauna had been dropping for tens of thousands of years more - apparently due to the effects of climate changes, less severe than the ice age. While man as hunter certainly aided the extinctions, it was climate change which was the real hunter, and it was man who opportunistically exploited this, being able to live in so many regions on Earth, what with fire, clothes, and spears.

While this giant rhino fell along with a diminution of grasslands, megafauna in Africa had been dropping even earlier, again, not so much because of man, but because of climate change, which caused an INCREASE of grasslands there!

Animals tend to be larger in mass, ergo size, in colder climes, in order to retain heat better. This grazing rhino's low-hanging head suggests that he had not had serious predators for hundreds of thousands of years, and this was backed up by the threat of his horn. No one knows what the horn looked like, so it may be possible that the horn was also used as a kind of scythe, to facilitate eating.

What interests me is that these animals petered out at about the same time as Neandertal. This can give clues as to why Neandertal eventually 'went extinct', (we all contain some degree of Neandertal genes). There are indications that this whooly rhino was extended as far as Western Europe, where Neandertal was common.  Neandertal probably hunted this animal, and may also have considered it a kindred spirit, animistically. Did Neandertal go extinct because this animal dwindled? (Relatively few bones remain of this animal, compared to the mammoth - why?) Did Neandertal go extinct because of the dwindling grasslands, or the decreased prey on them? Maybe it was also the changing climate, directly. And maybe it was also the invasion of Homo Sapiens, with whom they partly intermingled. For the most part, Neandertal tended to retreat to caves and survive by hook or by crook.
Collapse