Traveling across the Sahvana early this morning it was irrasistable to take a photograph is these really large and unique trees in the region.

Boabs have large trunks and sparse leaves across the top in order to adapt to the climate in the semi arid and tropical regions in northern Australia. This is ment to conserve water, and keep the tree alive in the hot and demanding cimate.

I am very happy with todays photograph, and I don't think it will require much editing to improove it. There was only a few sticks and in the forground the left that made the photograph difficult to take.  I might remove them in the darkroom when I make prints of this photograph. 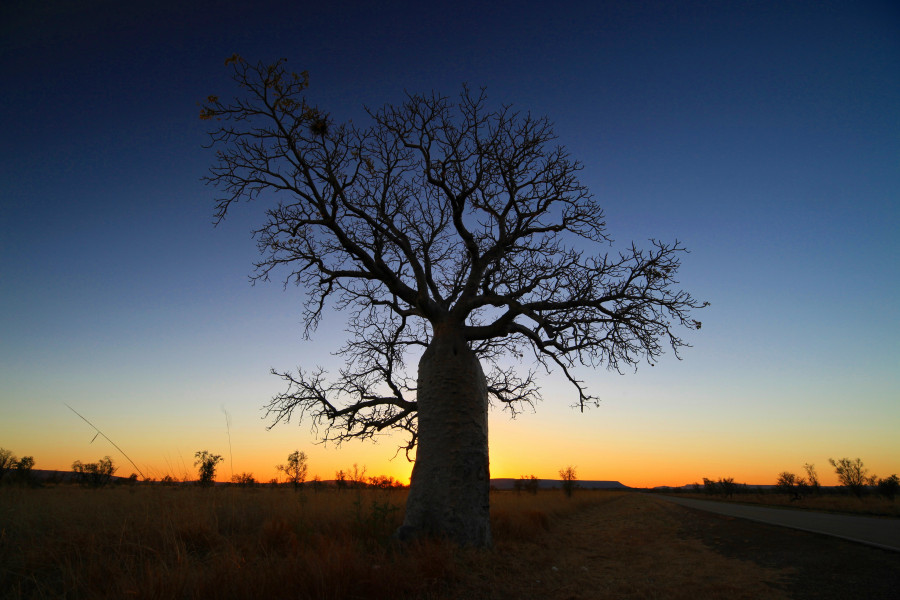 "Conservatism discards prescription, shrinks from principle, disavows progress; having rejected all respect for antiquity (history) it offers no redress for the present, and no preparation for the future".
- Henry David Thoreau

Note: It's rather intriguing that so many people supposedly fighting against while male privilege, embodied in Donald Trump, get all their truth from a media which is fed by a bunch of old white guys - Brennan, Comey, Rosenstein, etc. - all CIA, FBI, Deep State officials who's whole careers were about lying, deceit and subterfuge. Right? Well, tonight, Craig Lewis is interviewing a guest all about this game being played on the public. Whether or not it pertains to Trump, this is a great cancer going on here. So, you might be able to tune in and stream live right now - over at http://www.groundzeromedia.org. If not you can find a transcript of Lewis' commentary later when it is posted - (and maybe you can find a podcast as well). Check it out. He's been having some compelling 'political' shows lately.

PS - Speaking of Thom Hartman, (?), he had a pretty good show today, which I recommend - although you must subscribe for podcasts. His guests: Lauri Wallach and Richard Wolff. Search. His site is https://www.thomhartmann.com/radio - and he has a youtube channel where you might find the latest shows, idk - https://www.youtube.com/user/thomhartmann. Note that Thom Hartmann has been a fav of mine through the years, although he is often irritating, but few talkers are not irritating. Warning: I will be posting soon on something I call, "Thom Hartmann Hubris," later. Levity, levity.

Here is a great online shortwave radio!  AND - here is a great progressive site for Philly activists and beyond!  Click the pic...

When I was in Philly, I associated both with Catholic Social Justice folks, anarchists - and two beloved tie-dyed girls from Madison... I listened to the rad rap station, but mostly WXPN, the home of World Cafe. I talked to Michaela Majeune, from Madison, who was the true originator of World Cafe. That was a nice, radio-active time...
Collapse