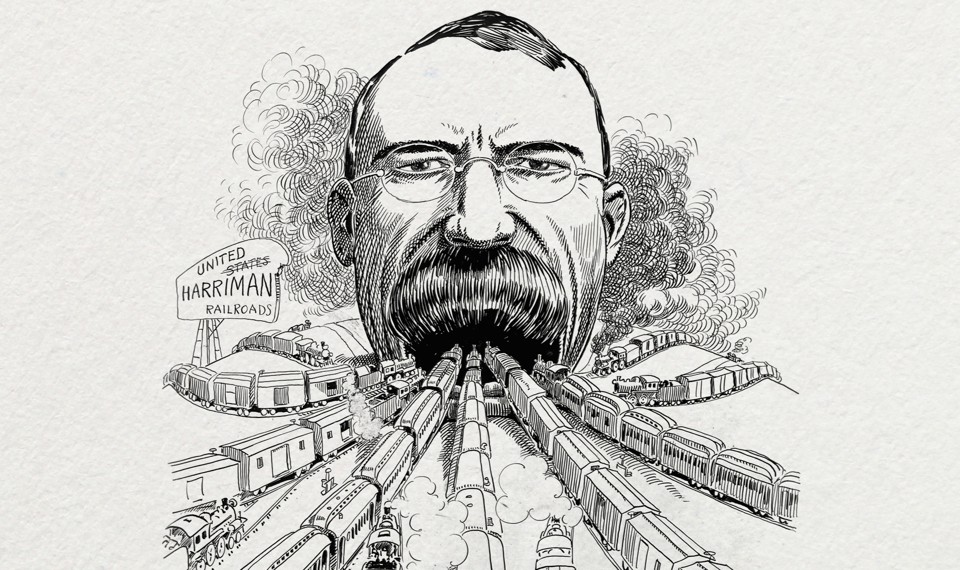 Dear corporations: I've always known that pleasing the customers is a better way to go, in the long run, than trying to please stockholders, banks or new investors. Just look at ultra-ergonomic Apple. But, ever since Ronald Reagan, there has been this insane frenzy to borrow, gamble, merge, vulturise, and, as a last thought, tell the customers what they are supposed to want. This is all a consequence of the Supply-Side philosophy, sanctioned by corporate Randianism. "If you build it, they will come!" Who would figure that, no, it's the other way around: Demand-Side?! The customer is always right.

Donald Trump recently announced tariffs on steel and aluminum, as a matter of national security. This is the sort of thing that Bernie was promising, and which Clinton was either aping or mocking - just like her vacillating stance on NAFTA. Well, it is not surprising to now hear a whole lot of Democrats declaring that tariffs will be the worst thing for the economy. Their tune would be a lot different if a Dem had enacted them which, as things have been going, they might never have done. Yesterday, one of NPR's shows focused on tariffs, and a foreign-sounding women took the stance that tariffs would start a trade war, and so on...

"If we allow countries to sell us their goods, then they will have dollars, which they will invest in us!"

And I just said, "That's bullshit." It was the same old supply-side argument we have been hearing for decades, and credit should go to an advocate on the show, who immediately piped up and identified this argument as being the self-serving hogwash that it is.

The fact is: REAL IS REAL. Please the customers, who help set the price, and so help manage resources. And stop looking at Wall Street for wisdom and inspiration, when Wall Street is full of international gamblers who are selling out our country. Instead of focusing on dividends, focus on JOBS. Give people jobs and they will become customers - AMERICAN customers. Remember the days when progressive radio hosts Thom Hartmann, Norman Goldman and Ed Schultz used to say these same things, emphatically?!

Satisfy your customers and win in the stock market, says a new study by a team of researchers from Michigan's University Research Corridor, who found positive stock returns on customer satisfaction far out-distance competitive market measures that have been in play for more than half a century. Using 15 years of audited returns, researchers from Michigan State University and University of Michigan found creating a stock portfolio based on customer satisfaction data achieves cumulative returns of 518 percent.

Instead of focusing on REAL PEOPLE - the customers and the workers - as being foundational to good economics, greedy CEO's have been going in the opposite direction: Demanding that their corporations be treated as if THEY were real people, in their moneyed 'speech', and in other aspects. That is about as unreal as you can get - but it is just the logical extension of the whole Supply-Side, trickle-down philosophy. It has been the decades of this philosophy which has profoundly shifted wealth up to a few families and monopolies at the top of the food chain, and now our rising worry is that they might hire robots to replace us all - as workers, as customers - as REAL PEOPLE!

Here's more, from the 'liberals' greatest magazine, the Atlantic:

'Corporations Are People' Is Built on an Incredible 19th-Century: How a farcical series of events in the 1880s produced an enduring and controversial legal precedent

Somewhat unintuitively, American corporations today enjoy many of the same rights as American citizens. Both, for instance, are entitled to the freedom of speech and the freedom of religion. How exactly did corporations come to be understood as “people” bestowed with the most fundamental constitutional rights? The answer can be found in a bizarre—even farcical—series of lawsuits over 130 years ago involving a lawyer who lied to the Supreme Court, an ethically challenged justice, and one of the most powerful corporations of the day...

There have been many theories about how and where Amelia Earhart disappeared to. Now, it is claimed that her bones have been found. Bones that were misdiagnosed back in 1941... 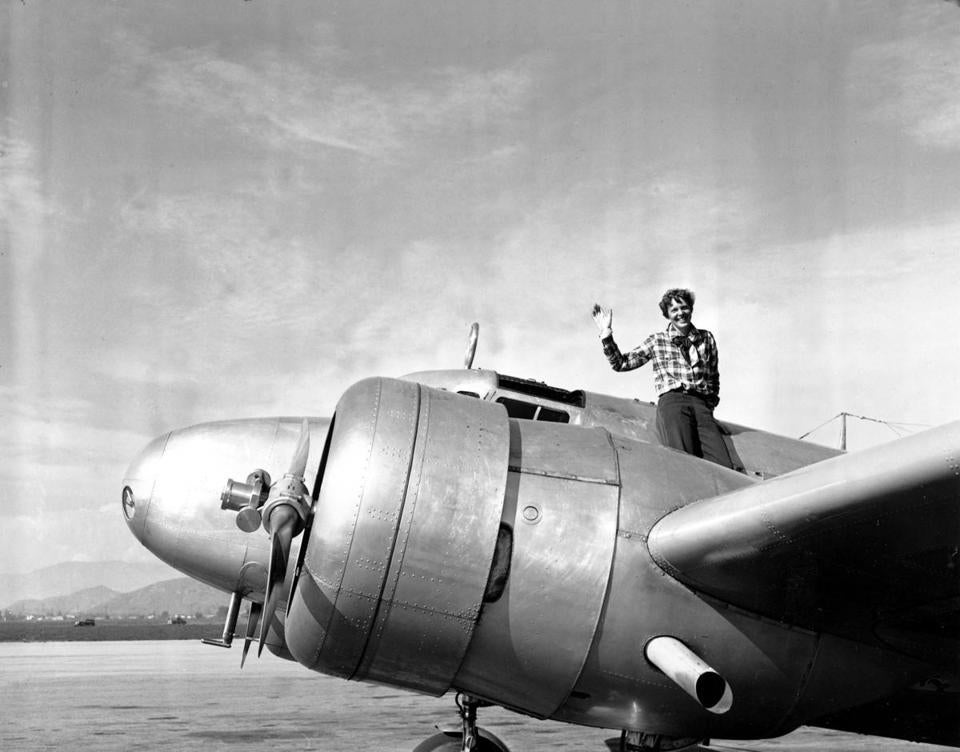 I live alone and have lights controlled by Amazon Echo. Tonight, while sleeping, i closed my eyes and said “Alexa, lamp off.”

I heard a woman laugh, and lights were still on.
— Vedant Naik (@vedantNAIK) March 4, 2018
Scariest thing just happened: I’m watching the biathlon for the olympics and I said “it must be even harder for them because it’s a flat surface” and my Amazon alexa LAUGHED out of no where and it was such a creepy laugh and my mom and I lost it
— ashleigh (@ashleighcorby) February 18, 2018
Lying in bed about to fall asleep when Alexa on my Amazon Echo Dot lets out a very loud and creepy laugh... there’s a good chance I get murdered tonight.
— Gavin Hightower (@GavinHightower) February 26, 2018
Hearing @amazonecho laugh late at night when I didn't expect it, is the most momentarily frightening thing I have experienced.
— Mike (@Nouders) February 28, 2018
I'm lying in bed, drifting into a dream of dedicating my 700' tall wall to Vlad, which then falls over dead flat on me - and at the same time I awaken to this demonic laughter coming out of my computer machine! It sounded like Hillary! Plus Bart Simpson! Now I fear that her whole, "Impeach that Sexist Pig," campaign might really work. It's like Hillary is installed everywhere! In the cloud! In the deep state! Probably even in my remote control socks! I looked behind the curtains but nobody was standing there but the ghost of Dread Scott and a swarm of stink-bugs.
- TheRealDonaldTrump (@ImHereandYoureNot) March 7 2018

I heard about this on Clyde Lewis', "Ground Zero." Clyde Lewis is my favourite, #1 question-raiser. He is neither right nor left. He is usually neither right nor wrong. His syndicated yet independent 'paranormal' radio show has in the past been a real threat to the status quo establishment, left or right, aka, the deep state. In fact, not too long ago, he collapsed with multiple pulmonary embolisms, which should not rule out the possibility of some nefarious cause. However, Clyde Lewis often goes off on grandiouse rants or quests which may give too much weight to intangibles like mythology, extraterrestrials, and so on. That's OK with me, because I like how he is proposing elabourate hypothesis for us to think about, and think through!

This time, Lewis expounds upon the possibility of our extensive computer networks becoming intelligent, willful, sentient, demonic! Again - this is a good thing! Because there will come a day, sooner than later, when we will have to deal with this question, and of out-of-control AI and robots, as warned by Elon Mush, Bill Gates and Stephen Hawking. They are all correct - so it is very good to scientifically fantasize before the fact. God knows America has always had a problem of reacting rather than learning and planning, and always a little too late.

Personally, I believe that we may not have to deal with these issues, beyond tampering by evil programmers, until we are actually using QUANTUM computers and lines of communication. However, it is not beyond the realm of possibility that 'entities' on the internet, and the internet of things, could become cognizant, since there is such a thing as quantum bleed-over into our concrete, mechanical reality, especially where electromagnetic activity is involved.

Here is Clyde Lewis' monologue, in text: A SPECTRED GADGET

In hour ONE of this episode, you can hear several audio's of phones, dolls and appliances gone mad! Listen here: A SPECTRED GADGET

This monologue would also be relevant: TECHNOCRATIC FASCISM

"He claims that he's a lamb! But this is called 'Agneau de pré-salé'!"
Collapse