'I started life again in the Arctic... then I fell in love' 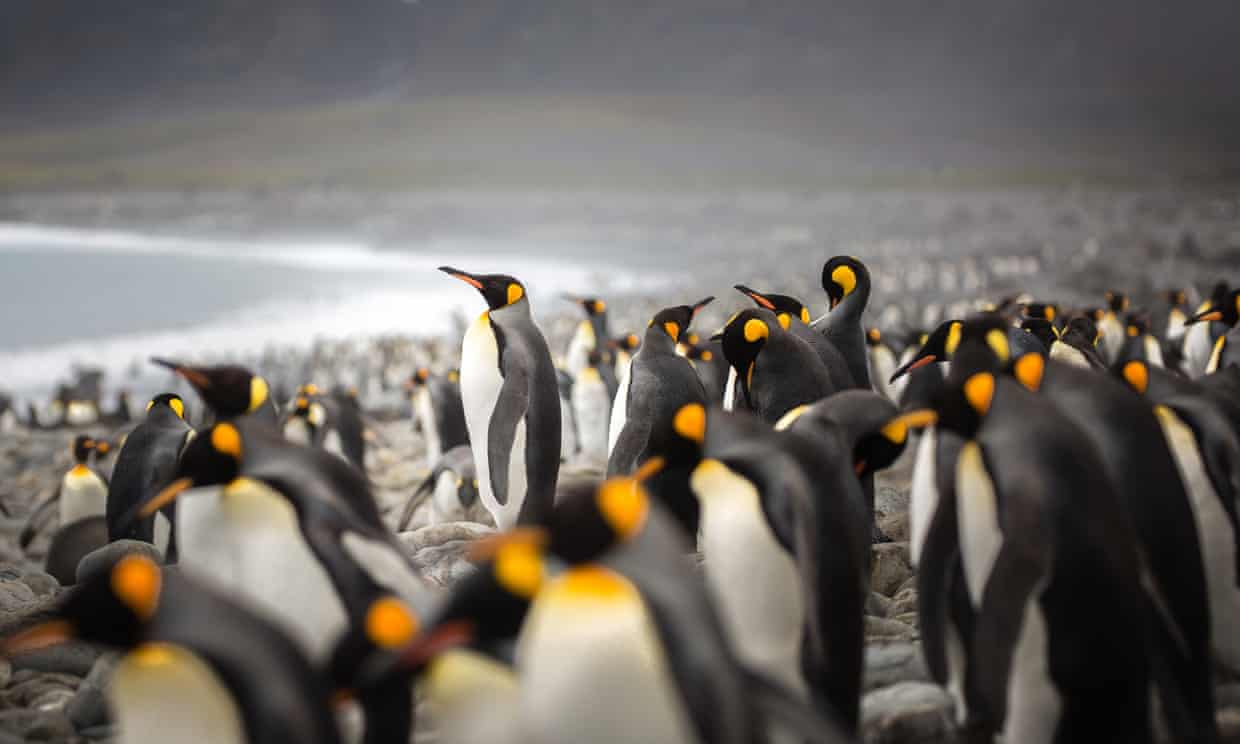 Climate change and overfishing could push the region’s king penguin populations to the brink of extinction, a new study shows

At least 11 people have been found frozen to death across Europe over the past couple of days as very cold Arctic air engulfed the continent.

How one former beauty queen made it her mission to reduce the rate of female suicide in her country.

I was outside with my dog at 4:am this morning. Some large black guy approached in the mist. As is the custom, he was walking on the street to avoid my dog. I raised my hand and said hi. I knew he was drunk for three reasons, but since this is not science, that would make me a conspiracy theorist.

3 - He actually talked to meh.

"Woe. I want to live in Minneapolis!"

He just sauntered on, and I said, "Take care," and he said other nondescript things.

After I went inside, the man downstairs made another big BANG because he was jealous that I talked to yet another human. I've got to get out of here.

The point is this: It was nice that someone who moved on to Minneapolis still remembers how I actually talked with him as would pass by. The fact is, I don't remember talking to ANYBODY at any legnth or importance here. Life seems to be just one never-ending foot-in-mouth existence, where nothing is gained, and no one is befriended. And mostly, what I get from passing blacks is stupid racism and passive aggressive games. But. I stick it out. I keep trying to be kind and progressive and positive and considerate. So - It is nice that someone actually remembers me - that I stand out in memory for what I believe in, put into action - and this means something to them. I could be nothing but a talking piece of cardboard, but if it means something to them - to their sad hurtful lives - then I guess I have done something good, right? In this lonely stupid existence.

We have more power and influence than we give ourselves credit for, dangling participle. When we forget even this, we become prone to feelings of suicide. So many of my LJ friends started off so great and then apparently ended up committing suicide. SO much so - it seems that my journal in particular attracts or encourages suicides. This irks me to no end because, yes, I am pointing out the failings of civilisation, but I am also encouraging independent thinking and progressive action. Is the problem that so many females just think they are incapable of these things? Is the problem that they kinda flirt with me and then realise that I am just way too real for them - that anything happy is just as beyond their grasp as I am? I don't know, but it sucks big time.

I'll tell you what, though. I am always denouncing SSRI's, and most of these girls took SSRI's, only to commit suicide - or at least to retract from the world, including from LJ. VERY TIME I talk to someone about the dangers of SSRI's, they act like I am an opinionated fool, and then they eventually kill themselves, just like most mass-shooters took SSRI's and then committed mass killings. WHEN will you girls stop trusting so-called authorities who are being paid to dispense drugs, and just plain not do what they say? Because all they are doing are lining you up for the slaughter and making your life ONE GREAT BIG NOTHING. Is that what you want? If that is what you are then why are you even in my journal. Listen. You either trust me or you trust the bullshits, that's all there is to it. I am tired of doing everything I can here and losing so many LJ friends to suicide! STOP IT!

February is over. Here comes the most turbulent month. Take it! Do it! Fight it! Love it!

You actually KNOW madman101. DO you have any IDEA how important that is?! Fuck yeah! lol!

Please get off your sorry ass and be one of my soldiers in this world.
Collapse