As we learn that the oceans are way hotter than we expected; and now the Arctic is warming up, out of control, and lot of people are living their own HELL ON EARTH, I think it is important to look beneath the surface of things. If we do, we find that a lot of turbulent things are going on beneath our feet, because the Earth is hotter down there than we ever expected. That may be one reason why our global warming calculations have turned out to be a little too conservative - OR - maybe the entire planet is warming for some yet-unknown reason, and this is at least adding to the current surface and atmospheric warming. (I do suspect that the latter is a factor).

In my LJ, the geological phenomenon I have posted about the most is SINKHOLES. I have come to believe that many or most non-human-caused sinkholes are due to two things: a rise of methane caverns and dissipations deep underground, and an expansion of our planet, both of which are related to planetary warming. Thus, sinkholes are not unrelated to the emergence of methane plumes from the warming ocean floors, or of methane PINGOs in the Siberian or North American permafrost tundra, caused by global wamring. Please note that methane, also humanly branded as "natural gas", is a toxic greenhouse gas with 40x more potency than CO2, meaning that a release of unburnt methane into the atmosphere shall cause an irrevocable spiral of global warming and climate catastrophe. We are already at that point, especially considering the high possibility that the inner planet is warming no-matter what. (Note: Burnt methane still releases CO2 but is less potent as a greenhouse gas, though is still a pollutant).

We hear more and more that the geomagnetic poles are a-thinkin' about switching around. Indeed, there is a growing instability and a weakening of the Earth's geomagnetic field, portending real problems down the road. This phenomenon cannot be separated from planetary warming. It is a fact that the planet goes through cycles of warming vs. cooling; of volcanic activity vs. relative dormancy; of meteor and comet impacts, and so on. These cycles are many and inter-relating. The reason for these cycles, and their complex interrelationships, are that our planet's orbit, tilt, etc., go through changes - as does solar activity - as does the interrelationship of bodies in the solar system - and as does the passage of our solar system in the galaxy. Our solar system is said to now be passing through a dusty, congested area in the galactic plain, and this may be why everything is heating up, including human industry. It may also bring us asteroids and other threats from beyond our solar system.

There have been countless reports and recordings of bizarre "Earth Change" phenomena occurring throughout the surface of the planet. Beyond sinkholes and pingos, there have been bright flashes, thunderous booms, "trumpets", metallic and train sounds in the atmosphere, roaming orbs of light, and so on. Everyone is confused as to the cause or nature of these things. I believe most or all of them are related to the thermodynamic, and consequently the geomagnetic, processes going on within the planet.

Noting that meteors produce sounds via geomagnetics which one can hear as they approach, even faster than the speed of sound, it is likely that geomagnetic stress within the planet shall also produce comparable noises on the surface. Noting that geological pressure underground is enough to produce piezoelectric dancing orbs of light above, then it is very possible that larger stresses even deeper underground shall produce roaming spheres of light, not unrelated to electricity. (Important note: my interpretation does not stop here, but bridges over to theories of the quantum and paranormal, e.g., "ghosts and extraterrestrials").

Finally, I believe that all of this is interrelated, on a scale generally beyond our current comprehension. For example: As the planet heats, and the geomagnetic activity changes, these strange booms and trumpets and flashes occur - but they are themselves additionally triggered by passing asteroids or comets, etc. This is because all bodies exert an electrical influence, for lack of a better phrase, according to the electric(al) universe theory. So, it is all interaction. We do not live in a bubble. Our own lives are part of greater and lesser processes.

There are fires going on below our feet, which I have most recently posted about in, "The Lost Souls of Centralia, Pennsylvania". There, I posted about a few natural or artificial fires burning directly underground, and

space_66 also contributed the example of Burning Mountain. These sorts of things are more common than we might think, and I predict that there will be some big problems in the future caused by rising methane underground, as well. (Note that these events will in the future be tagged, "hell on earth", or, "geological - subsurface fires," etc.)

The following articles will let you know that the Earth is, overall, in general, even hotter beneath our feet than we had thought - whether this is a recent development or not. And, they will let you know that the Earth's core is far hotter than we ever thought. This means we are essentially floating on the skin of a veritable fireball. Our planet is powerfully dynamic. I also believe that it's interior is responsive to solar activity. For a long time, I have postulated that the true core of the Earth is a nuclear reactor - possibly even fusion. There are proved to be fission nuclear reactions, and radiation, going on beneath the surface, no argument. But I believe the idea that the true core may not even be solid. I am just mentioning this because I need to post more about it later, and may have posted a little on it in the past. It is possible that, true to the "perpetual creation" theory, our planet is a star just waiting to happen. 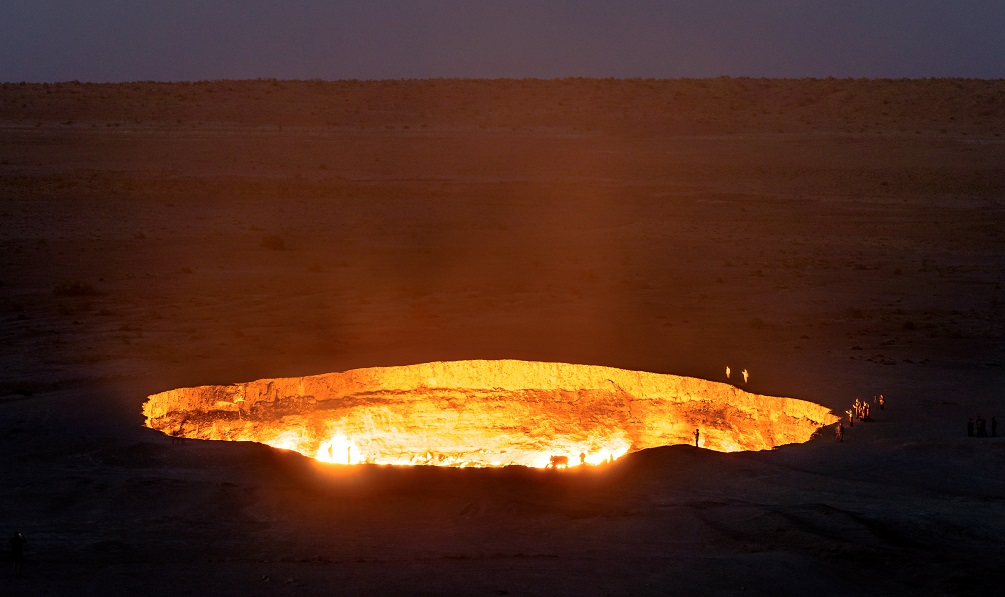 Hell On Earth: A Massive Crater In The Middle Of The Desert Has Been Burning For Decades

Is This The Gate To Hell? Researchers find Ancient ‘Portal To The Underworld’

Please see my TAGS page for your leisurely exploratory behaviour. - and see also

"Mike Rogers, considering that you were one of the partisans who innitiated this whole Russiagate witch-hunt, wouldn't you say that Russians are terrible and nasty ogres and their spying is just the most terrible thing ever?"

"Absolutely, sir. In my professional opinion, I think this goes beyond the bounds of normal niceness and into complete and utter depravity much like whores having sex with Transformers in a nursary school romper room."

"Fair enough. And, as an Obama appointee, wouldn't you agree that you are impartial and not at all desperate to keep your job and so Russia really was spying on the DNC, and so on, meaning that Putin was actually wandering around in Fort Knox?"

"Why, yes sir, you read my mind, pardon the expression. Yes, we have an infinite amount of trolls and bots and cameras and spies and stored files. So, even though we could not stop the Florida shooter even when he basically asked us to, the USA Security apparatus can say with certainty that Putin is even worse than that Korean guy with 100% scientific accuracy, please don't fire me soon."

"And, Mr. Rogers, wouldn't you agree with me here that we are developing quite a nice little string of soundbites for endlessly-playing loops on CNN and NPR, which could very possibly help the Democrats in the upcoming midterms?"

"Oh, yes, sir, and I would say that I have not heard any better soundbite stream in at least a few years.  It is really thrilling to work for with you and this estimable committee."

"Do you think it would spoil things if we brought up your record?  I mean, all those demands that you step down due to incompetence?"

"No, I don't think that would serve the objectives of this inquiry, or our intention to perpetually blame Russia and Trump as a way of deflecting attention away from Hillary Clinton and China."

"OK.  Are we still being recorded? Because I forgot to say, 'insidious'."

"Shhh! Wait! I think the President is coming!"

President: "I've still got a bigger button than any of you butterballs!"

At that point, dear reader, a pair of baby doves nabbed the President's hairpiece and flew off to see Noah, exposing Trump to be the bald liar that he truly is, looking not unlike a giant, menacing fetus. As was foretold.

Singer’s demos mostly destroyed after her death in 2011, but Gil Cang had copy of My Own Way... 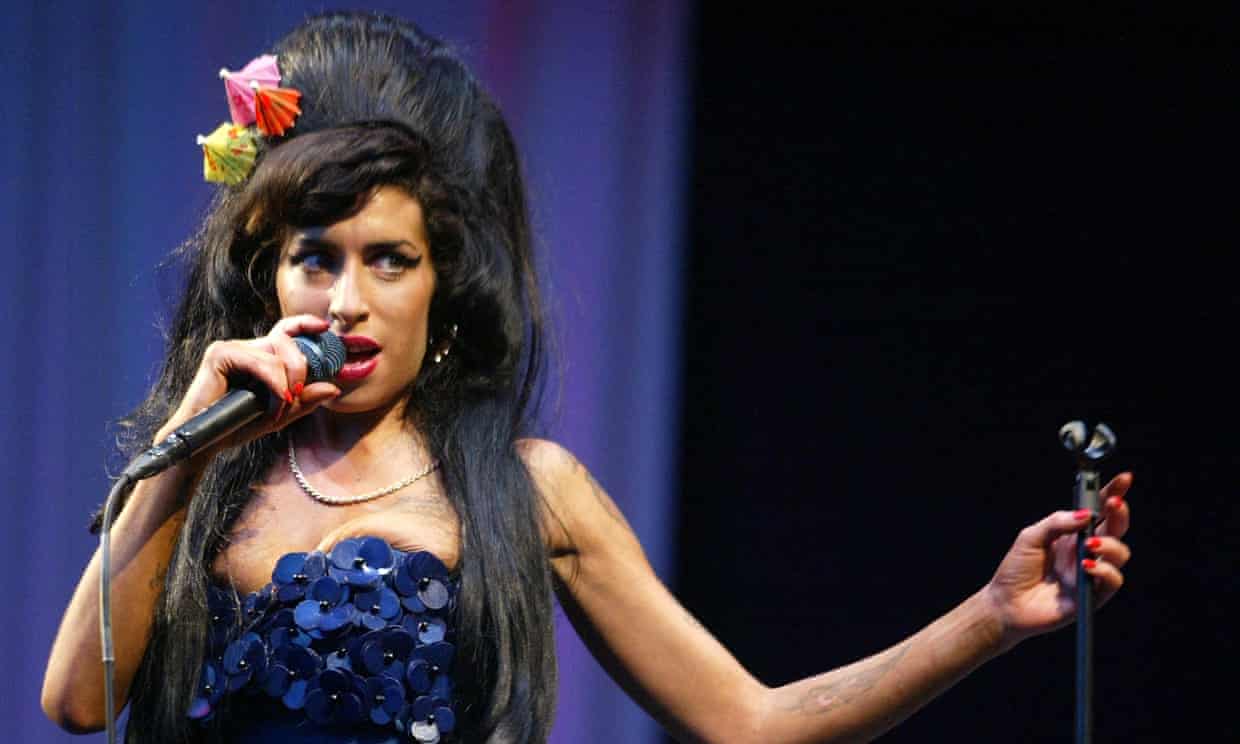