Well, I'll just say a few things I missed in predicting the results of the Alabama special election. I do think that "Gropegate 2017" work its way to the Alabama Dems & blacks. But I don't think it had the impact the Dems will assume it had. But, it did have some impact. I had expected that this small impact would wane in the few days before the election. It didn't. the So8th is slower to change, and liberals there were not yet picking up on the idea that "Gropegate" was not just a tide of sexual moralism, it was also an unseemly political tactic. I also underestimated how hard the Dems would fight for this seat, because I stupidly assumed the installation of the new Senator would not be soon enough for a vote on the tax bill - It actually will, and now they are fighting over whether the new guy will get to vote on it.

The Dems did indeed pull out all the stops, fighting for this seat, with a weak candidate. They especially mobilised blacks, not on the Gropegate issue, but on Roy Moore's racists comments, e.g., "We were better off before slavery." It hurt that Alabama's other Senator said he would rather write in a different GOPper than vote for Moore. And, maybe it hurt that Trump put out a crass robo-call, which smacks of old world politics.

Let me tell you what I think about Trump on this whole thing. I think he was innittially against Moore based on personal spite. In fact, Moore was more akin to his base than anyone else. Then, the special election primary came up and Trump was told he only had two choices, when there were four. Trump only went with Moore near the end, when the GOP pushed him to save the Senate seat. It was all a bunch of sloppy 'strategising'. But it betrays the continuing rift between Trump (his base + his emotionalism) and the GOP, which is often more in synch with the Clinton/Bush establishment than it is with him. It is largely because of the GOP/establishment alliance that a lot of stupid decisions are being made by Trump. The clearest example of this was when he was prodded to become anti-Russia, in appearance but also in some policy.

The defeat of Roy Moore was a conspiracy of the (L/R) establishment from the beginning, with the GOP spinning around at the last minute and backing him. His religionist ideas and actions of the past were unwanted, but so was his independence and his relation to a base which is generally open to Trump, Bannen, Stone, etc. Its that ultra-right uncomfortable alliance between the evangelicals and the constitutionalist libertarians, who seem to at least to be joined at the holster. The majority of them may be said to be racist.

Whether or not you hate Roy Moore, it should be kept in mind that he was mainly brought down by an establishment which has also been attacking Trump and his base. Trump's base is not all bad! He isn't representing it well, but he is fanatical at keeping his campaign promises, planning to run in 2020, certainly. I believe it is important to separate out what is good and what is bad about what the establishment is doing, and trying to do, whether or not you agree with apparent stands of some of the people they are trying to bring down.

[EDIT] - One thing that factored into my incorrect prediction was the ongoing problem Dems are having in assuming they will win, based on a sense of rightness, detached from a lot of voters), when they are dumbfounded to find that they actually lose.  This is an ongoing pathos which I partly refer to as, "Democrats in Denial."  Not that the GOPpers do not also have their own pathologies, oh yeah.  Anyway, THIS time around, they have been insulating themselves from this by waging the Gropegate campaign, (which is a whole nuther topic).  Even if they have not been responsible for it, or for all of it, the Dems have been milking this whole wave of female retribution against male assholery.

One reason why I didn't think this force would play as well in Alabama, (along w/ what is noted above), was because of the revellation by the, "yearbook accuser."  Her admission not only took a lot of wind out of the anti-Moore campaign, it also tested the credibility of the ineffable righteousness of the whole Gropegate "movement."  I think it almost got to the point where it was a wash - neutral - all voters considered.  I think it may even have convinced some hicks in the sticks to vote for Moore just out of spite.  The fact that black females mostly voted against him, yet mostly whites, including many females, voted for him, kinda tells me that not only was this more of a racial thing, but that some males, white and black, were backlashing against Gropegate moralism, (parttly out of a psychological fear of castration).

So, even though the Gropegate stragedy may have been a small factor in this race, Democrats will be foolish if they once again interpret the win as a mandate, and as proof of the political usefulness of this tactic in future races.  It must be remembered that Trump won despite a similar attempt against him.  On the other hand, the Dems have predictably come back around and re-attacked Trump with the s sexual harassment accusations against him, having garnered some momentum from all the hangings in the recent past, including that of Sam Seder, which might be discussed in an upcoming post - although I cqan't remember why!  Maybe that was supposed to go into this post, idk.  Well, you can catch a good interview on that topic via NPRi's, "On The Media").

Beverly Young Nelson, one of the women who accused Alabama Republican Roy Moore of sexual misconduct, told ABC she changed what she said was Moore’s inscription in her high school yearbook. “Nelson admits she did make notes to the inscription,” ABC News reported. Critics argue Nelson’s admission throws doubt on her credibility after she and attorney Gloria Allred used the yearbook as proof of her accusations. Moore has denied all accusations of wrongdoing, and is polling ahead of Democrat Doug Jones before the December 12 special election to fill Alabama’s second seat in the US Senate.

Why did Roy Moore escape to Australia? Clues remain in the outback wilderness | US news | The Guardian

Liberal Redneck: 'Roy Moore Is An Unbelievable Bag Of Sh*t' | Crooks and Liars

Populism in the 21st century: A Trumpian view of the middle class: The president isn’t ready to deal with the future of the American economy 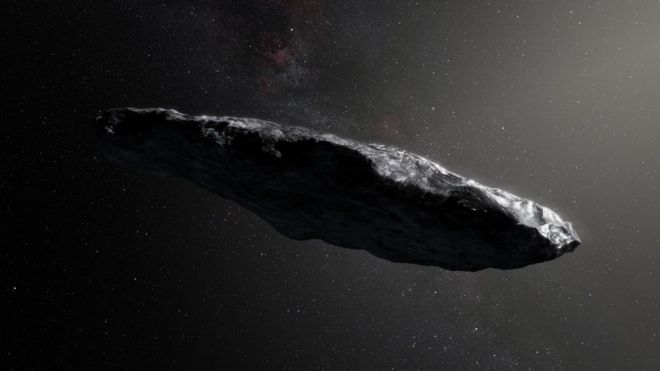 Is ‘Oumuamua an alien spacecraft? First scans show no signs of technology

I thought I posted about this some time ago - but maybe not. I know I also referred to it but not sure if that post ever went up either(!) There are, lately, a lot more stories about supposed gigantic UFOs in space, around the sun, etc. These might be asteroids, or plasma phenomena, or armies of aliens, I'm not sure just yet... We are passing through a rough galactic patch. On the other hand, what alien civilisation would not want to watch from the sidelines as we undergo the latest phase in our evolution: mass-extinction?

If these drastic changes can happen in only a few decades, just imagine how things will be by the year 2100. And people get hung up on swimming polar bears as if they are cheering for their fabulous Chicago Cubs. This is not a game. Believe me, at this point, we should be contemplating any prospect of soliciting help from possible aliens. Unfortunately, that would probably be the other prong of a great existential Catch-22.

We have had an asteroid/moon which appeared to be sending out alien signals, once before. I can't even remember the name of that. There was lots about it over at earthfiles.com. It emitted an actual electromagnetic signal which sounded like some living creature. Then our landing craft fell over, (supposedly?), and that was that. The point is, do not close your mind to even the most bizarre. Some possible aliens might build their ships to look like rocks just to escape attackers. I know I would. In fact, that's how I dress when I go shopping. For Les Deplorables. Links to the past: 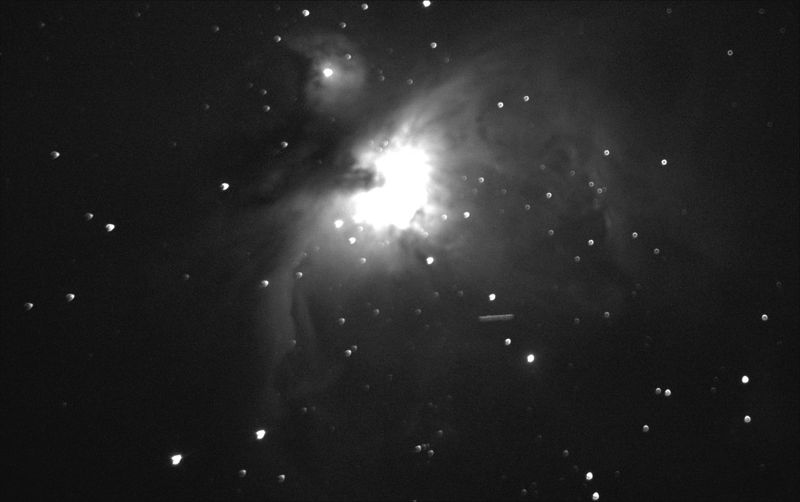 Gropegate 2017:  Something about this reminds me of, "World According to Garp."  Not sure what... 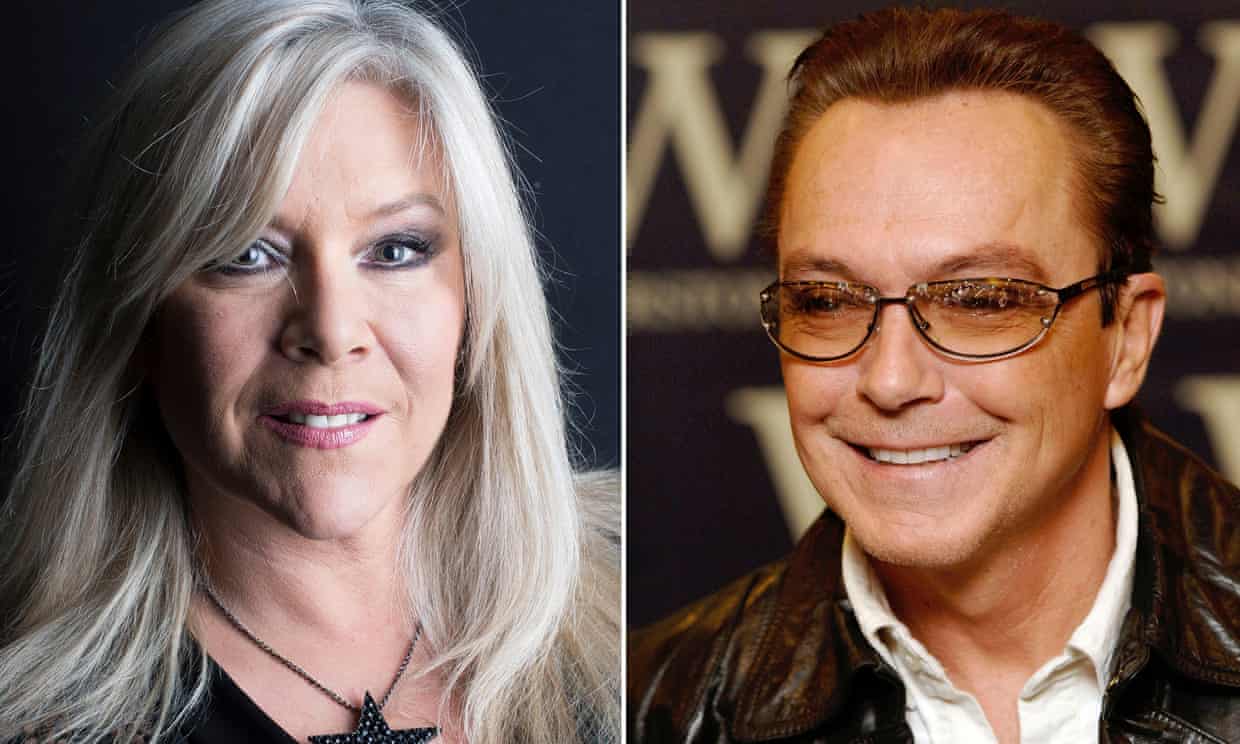 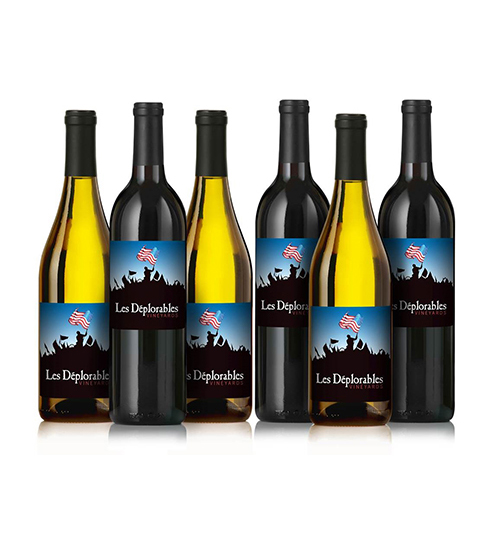