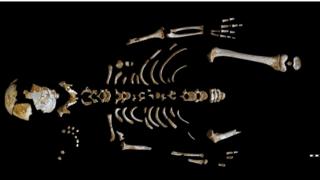 Proof that Neandertal was as, or perhaps, more intelligent or creative than us. Neanderthal brains 'grew more slowly' This supports the idea that they were a highly social, familial species, inclined towards abstract rationalisations such as morality, justice and or religion, just like the elephants, yo. And they probably skirted away into caves and tunnels, just to get away from Homo Wise Guy, just like Big Foot does today, especially in New York. For more about Neandertal, see more about Neandertal.

Once again, irony shows itself as inherent in nature, especially when the mind goes into reptilian mode, or war...

This sad irony, (which reminds us of many more, yes?), also shows that not all police abuse is against blacks, real racism not withstanding. As I have been documenting for years, police abuse has been rising against the poor, the elderly, the handicapped, the transgendered, Native Americans, whites - dogs! - as well as against blacks. But, as our blood boils, we tend to separate everything into black versus white, as we careen down our own tunnel vision, missing the qualifying voices.

This guy, shot, was Hispanic. (Would that qualify as Native American? There are many Cherokee in Oklahoma, often sporting the same cultural norms as white society). The guy who shot Trayvon Martin was also Hispanic, yet he was considered to be white. It is all a big mess, with lots of causes and crimes to consider. But, maybe I'll discuss all that again in some other post. See my tag. I also have some tags regarding police abuse of particular minorities.

It's a major crisis that we all need to come together about. Yep.

A little late, science is always catching up to reality.

Hmmm... I WONDER why McCain and Graham are trying to censor your internet?!

Then what about Sputnik, like THIS, say: US-led Coalition Rescues ISIS Commanders From Deir Ezzor

Thank goodness our war is with Iran who is fighting ISIS, rather than with Saudi Arabia, who is supporting them. We wouldn't want RT or Sputnik mucking up these sensible, entangled alliances for the greater good$.

Fake news? Or just another TS horror story? We report, you decry.
Collapse