I am posting this because I need to get it out of the way. Because my overloaded browser is acting up again. The fuck. Yesterday, I stepped on my computer glasses - and now I can't even find them.

Remember my recent post on consciousness? Or on Pynchon? I said that defined levels of "consciousness", socially, are metered out as a way of classifying and manipulating lower classes of people and of animals, (and of plants). When someone says that a cat is nothing like a human, they usually mean that a cat is not conscious because it is not SELF-CONSCIOUS. That's a big fucking error right there, but, let's get on with it...

I had said that the delegation pf supposed levels of consciousness to certain classes, specifically to black, was what lead to the rise of the Civil War. Right? Blacks were only considered to be a fraction of a person, as a kind of legislative compromise. That was a very different time.

However, I was mostly making a philosophical argument. Consciousness is not so much used as a meter of classism as is the related concept of, "soul." And, that gets tied into the whole idea of who is good and who is bad. Which means: We get to wage war. Yay! This is what the early Americans were up to: Defining certain animals and people as having more or less soul, or goodness. Then, along came Darwin's, "Origin of Species," which both threw elitist thinkers for a loop, and also confirmed prejudices against black monkey people.

Today, we retain a derivative of Calvinism, wherein we secretly judge the worth, or soul, of a person, based upon how much money they have/made. But, as Thoreau noted: We regard someone who sits idle in the woods as a kind of bum, yet we laud someone who goes into the woods, rips it all up, and owns it for profit. We do not see the evils behind the money. Money is a good, an end, in itself, somehow. Which is absurd and insane. This line of thought makes a few men kings, and the rest of us slaves.

Thoreau read this and decided that, because all species are cognizant and transcendent in their own way, blacks must be aided, whether or not they were considered to be "sub-human" by some. This decision to, ultimately, consider blacks to be fully and potentially human, is why the civil war, for state's rights, ended up favouring the North.

Having said all that, here are some good links about Thoreau and his thought. It was nicely coincidental that the STANFORD feed for LJ just now posted about Thoreau. It offers a nice summary of his philosophical thought, including how his activism was based on it. Recommended. It was Thoreau who inspired Gandhi and MLK; it was Thoreau who helped build the Abolition and Environmental movements, and it was Thoreau who bought me my first bicycle.

Some esseys (including on John Brown)

Nobody reay really knows the origin of the name of our Great Purple Land, America.  It is claimed that a Portuguese mapmaker of a similar name, Amerigo Vespucci, signed his name at the bottom of a map, which people subsequently thought was the actual name of the new yet mythical continent, (first thought to be India, yars).  Well, this is possible.  But if you simply take the word apart, you get A - MER - IKA, meaning, in Frenchwise, "At the-sea place," or the place across the sea.  The fabled land beyond the horizon, opening up its arms to the religiously and economically persecuted.

It may be coincidence, but there once was another place, in France, with an almost identical name, "Armorica," which is Gaulish for, "The Place by the Sea."  During the 5th-7th centuries, this somewhat vacated land, came to be a place where Celtic immigrants went to flee harsh conditions in Britain, which was being dominated by Saxons, (whom King Arthur supposedly beat at some point in myth).

"According to C.E.V. Nixon, the collapse of Roman power and the depredations of the Visigoths led Armorica to act "like a magnet to peasants, coloni, slaves and the hard-pressed" who deserted other Roman territories, further weakening them."[10]

What if the Gaulic land of Armorica came to symbolise a land over the sea, offering sanctuary and opportunities, to the Celtic Britons in the British Isles, as well as in France and Spain)? After all, these were years of myth-making, with the rise of Arthur. By the time the Vikings invaded, Armorica became Brittany in the west, and a Frankish region in the east. Maybe the myth of Armorica lived on in the hearts of the Celtic and Gaelic people in Britain, so that by the time the Puritans, etc., looked to flee, they adopted the old name, representing their Armorican Dream.

This may be true, or it may be like similar but unrelated morphology in the study of evolution. Correlation is not causation. It may be that it was just a verbal similarity. Or maybe not. But these sorts of things can be intriguing, and often end up being the springboard for children to pursue academic careers. Anyway, Armorica, itself, has received some notice in literature, as shewn by the Wiki article, ARMORICA. ("Not to be confused with America"). 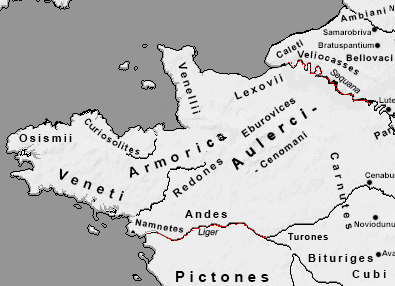 Not like the brazen giant of Greek fame,
With conquering limbs astride from land to land;
Here at our sea-washed, sunset gates shall stand
A mighty woman with a torch, whose flame
Is the imprisoned lightning, and her name
MOTHER OF EXILES. From her beacon-hand
Glows world-wide welcome; her mild eyes command
The air-bridged harbor that twin cities frame.

"Keep, ancient lands, your storied pomp!" cries she
With silent lips. "Give me your tired, your poor,
Your huddled masses yearning to breathe free,
The wretched refuse of your teeming shore.
Send these, the homeless, tempest-tost to me,
I lift my lamp beside the golden door!"
- The New Colossus

Three awesome phenomenon from my land down under...

Tash Sultana On World Cafe - Tash Sultana is amazing. I have heard artists who combine machines and instruments as she does, but she rocks more than this - she also has a very exploratory spirit, which makes her a star in my eyes, and in Australia, where she is a phenomenon! Think Santi Gold combined with - oh, I forgot - later, ha ha.

NEXUS MAGAZINE is like a combination of OMNI and lots of other mags, including lesser known ones like Waking Times. The problem is that you have to pay to subscribe. But, it is probably worth it. Here, you can purview lots of free articles before you might commit to subscribing. GO HERE.

What - a wizardly physicist out of Australia, and she is a female to boot? OF FUCKING COURSE! Her name is Margaret Wertheim. Oddly, her answer to some mathematical problems of the universe is CROCHET! - And properly so. There are new dimensional ways of thinking mathematically, and she has one of them. It's really interesting how her answer came out of a simple wondering over the Great Australian Reef, but that's how we progress. Dudes, I will be posting a hell of a lot more to do with Margaret Wertheim, very soon, so peel your eyes! And, I hope you took in my 5-fold symmetry post, as well, because it was foreboding of a lot more to come. For now, GO HERE.
Collapse