154 Years Ago Today, Govt Carried Out the Largest Mass Execution in US History

Mankato, MN — December 26 marks the 154th anniversary of the largest mass execution in U.S. government history — 38 Dakota men were publicly hanged in Mankato, Minnesota, in 1862 for their role in the war between the two sovereign nations...

I have been thinking about the possibility of this for a long time, coming at it from many directions.  I am now certain, though nondescript:

I can tell you that there will soon be large upswellings of, "new religions," coming, in important areas of the world, including China, Russia and the USA.  In this country, there will be instances of "divine revellations" or sightings.  I have no idea of what these will involve, I am only conveying what my metadata head is telling me.  They might include aliens/UFOs, or not.  Most will include tradition-religion iconography.   They will be anarchic or populist, possibly apocalyptic.  I do believe it is possible that the prophesies of Edgar Cayce may apply.  China may become more "Christian-like," and Russia may become a culture for freedom.  I also believe that these inspirations may be hapless presages of world war.  There are just too many conjunctions to deny the possibility of these things.

Social-scientifically: It is unlikely that global warming, and extraneous forces, with human population-increase, and mass migrations, shall not lead to local uprisings of religious fervour and apparitions.  Economic conditions are favourable.  And it is probable that these could presage wars.  These things will happen in different regions of the globe, and also encourage international wars.  If you like money, this is where it's at.

Simplistically, there has been a consistent move towards mythology in recent centuries.  This has lately been amplified by mass-media, via, "Camelot," "Star Wars," "Lord of the Rings," and so on.  We see parallels in theoretical physics.  But, just as we so often fail to see that it is emotions which underlie words, it is spirit which underlies myth or religion - and what does that mean?  It partly means the spirit of trying to remain alive.

Localised and regional economic failures, and the shifting of relative popular economic expectations between USA and China, etc., (as underlined by Donald Trumpism), will inevitably lead not merely to the dream-like imagery of neo-mythology, but to an underlying spirituality of discontent.  Like it or not, existential spiritualiity is directly related to substinance.  That's a good thing.  Natural.  Real.  In localities or regions where the economy fails - the logging, mining, agricultural or INDUSTRIAL, economy fails, there will be  conglomerations of affected people who's spirits will contrive myths, apparitions and religions, which push against the status quo.

OK - I have figured this out...  The rise of Marian Apparitions in Europe occurred in the 1830's, (same time as American Transcendentalism), and ended prior to WWII. This roughly sprouted out of a Celtic-Paulician religious view that there was a good God and a bad God, as opposed to Rome's ONE god, somehow brokering good and evil.  The Celtic-Paulician view goes from Portugal to the Pyrenees and France, to Bulgaria - to Armenia.  (Armenia is said, by some, to be the truest representation of Christianity).

OK, when I say, "Celtic-Paulician," I also mean, PRE-INDO-EUROPEAN- Paulician.  That means a lot of Portuguese, Bulgarian, Etruscan, etc.  So, what I am seeing here, is an historical, maybe-loose, alliance of Celts, and pre-Indo-Europeans.  Makes absolute sense.  Going back to Gallacea, Scythia and Armenia.  So.  Yeah.  This really works.  In a lot of ways I am not mentioning.

Anyway, from these general dregs, came the economic backlash against post-indutrialisation after 1833.  Portugal, Spain, upper Italy.  Well, this is precisely where fascism originated, presaging WWII.  This is not by coincidence.  This is the bereft mountain people, (white trash), contriving new or revived mythologies to "attempt to" dysmotivate people allied with "the powers that be" - ultimately leading to world war and not so much advance for their own regions.

Back to now.  The best place to look for these trends are, in the USA, those states which weirdly switched to support Trump - Michigan, Indiana, Penn, Wisc.  The post-post-Rustbelt States.  If you have a heart, like me, you should feel for these people, and disregard their fanaticism, except where it harms, and you will try to help.

The internet will definitely help these movements.  But there are two problems here.  Number one is that the government(s) can shut so-deemed, "Fake News," down.  The other problem is that, in real massive emergencies, the entire internet may be shut down.

That is why local, word-of-mouth, and PAPER, must be considered to be important.  My internet friends, you must be investing in these.

Oh, good.  I get to btw mention that I hate bitcoin.  With the USA government, Goldman Sachs, Bank America, Morgan-Chase, etc., all manipulating the dollar, especially by overextending gold contracts, the price of gold has been kept down to $1200 when it should be AT LEAST $3000.  But nobody is factoring in the additional pressure on gold prices from BITCOIN!  Bitcoin, by being an alternate preserver and international conveyor of wealth, has been eating away at the rising value of gold, as well.  Well, not to fret, the large collapse is yet to come, and so both gold and maybe bitcoin shall profit.  You see - from these real economic predictions, which traders capitalise on, come such things as religious cult movements, a tad too late to make money.  But, it's all basically the same thing.  Sad.

In Moscow, he escaped from a Siberian prison transport van, claiming that, had he been unable to free himself, he would have had to travel to Siberia, where the only key was kept. In Cologne, he sued a police officer, Werner Graff, who alleged that he made his escapes via bribery.[18] Houdini won the case when he opened the judge's safe (he later said the judge had forgotten to lock it). With his new-found wealth, Houdini purchased a dress said to have been made for Queen Victoria. He then arranged a grand reception where he presented his mother in the dress to all their relatives. Houdini said it was the happiest day of his life...

Houdini's training in magic allowed him to expose frauds who had successfully fooled many scientists and academics. He was a member of a Scientific American committee that offered a cash prize to any medium who could successfully demonstrate supernatural abilities. None was able to do so, and the prize was never collected.

Before Houdini died, he and his wife agreed that if Houdini found it possible to communicate after death, he would communicate the message "Rosabelle believe", a secret code which they agreed to use. Rosabelle was their favorite song. Bess held yearly séances on Halloween for ten years after Houdini's death. She did claim to have contact through Arthur Ford in 1929 when Ford conveyed the secret code, but Bess later said the incident had been faked. The code seems to have been such that it could be broken by Ford or his associates using existing clues.[26] Evidence to this effect was discovered by Ford's biographer after he died in 1971.[82] In 1936, after a last unsuccessful séance on the roof of the Knickerbocker Hotel, she put out the candle that she had kept burning beside a photograph of Houdini since his death. In 1943, Bess said that "ten years is long enough to wait for any man."

This is from Russian LJ Crowley fanatic, http://grevvlad-iii.livejournal.com/... 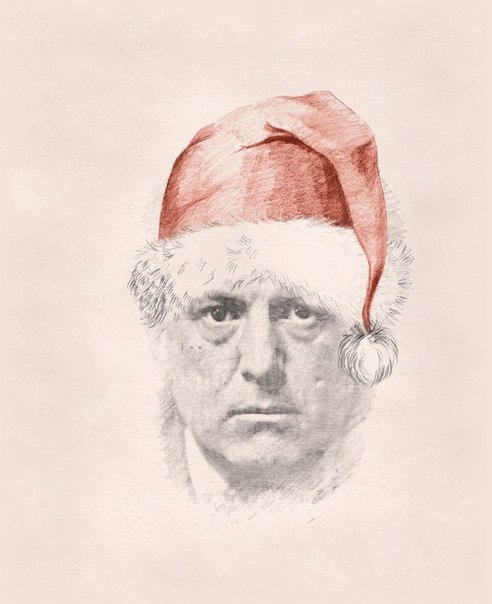 This guy is pissed because so many things are sticking out of his head.

Actually, this guy, "Decorah," led to the naming of a central town in the midwest, "Driftless" area, Decorah, Iowa. Here you will find old hippies of every stripe, which doesn't matter because they are all similar in being old hippies. Well, the so-called, "Driftless," area is a geological phenomenon stretching across Minnesota, Iowa, Wisconsin, and a wee bit of Illinois. But, there is also a hippie, sometimes off-the-grid, culture associated with it. Interestingly, most of this area was also the stomping ground of the wide WINNEBAGO Native American culture, in years gone yore. Most of this culture, which survives, is now called the Wisconsin Ho-Chunk, properly, except for the Winnebago culture in Nebraska. Not much survived in Illinois, except for a county name, and, "Prophetstown."

Out of this culture, in Northern Illinois, came a prophet, named, Wabokieshiek. He said a lot of things that people hewed to, until he reported that the British would be coming to the aid of the Ho-Chunk/ Winnebago in the Blackhawk Wars, which were associated with the War of 1812. But, when this never came to be, his use as a prophet were eschewed, which is a word everybody loves, am I right?

But the weirdness is this: I do recall, from my many centuries of living, that the British actually did help the Blackhawk forces somewhat. So. There is a little incongruity here. Everybody hates incongruity!

I am strangely intrigued by the Blackhawk wars. They appeared at exactly the same time as the development of the Transcendental movement in Massachusetts, for one thing. This is how cross-population movements happen. They do not seem to be connected, but they have related underlying causes, (precursors to the Civil War, like the War with Mexico). The Blackhawk wars were a terrible and forgotten thing. But they helped stamp a mentality of mean, bastard, niggardliness in the area, nevermind Chicago's Westward-ho profiteering. Why? The bellicosity never settled, and survived as a whole lot of common passive aggression amongst the dominant whites. But, more on this in another post - not all is bad. I refer to the white named Mack. 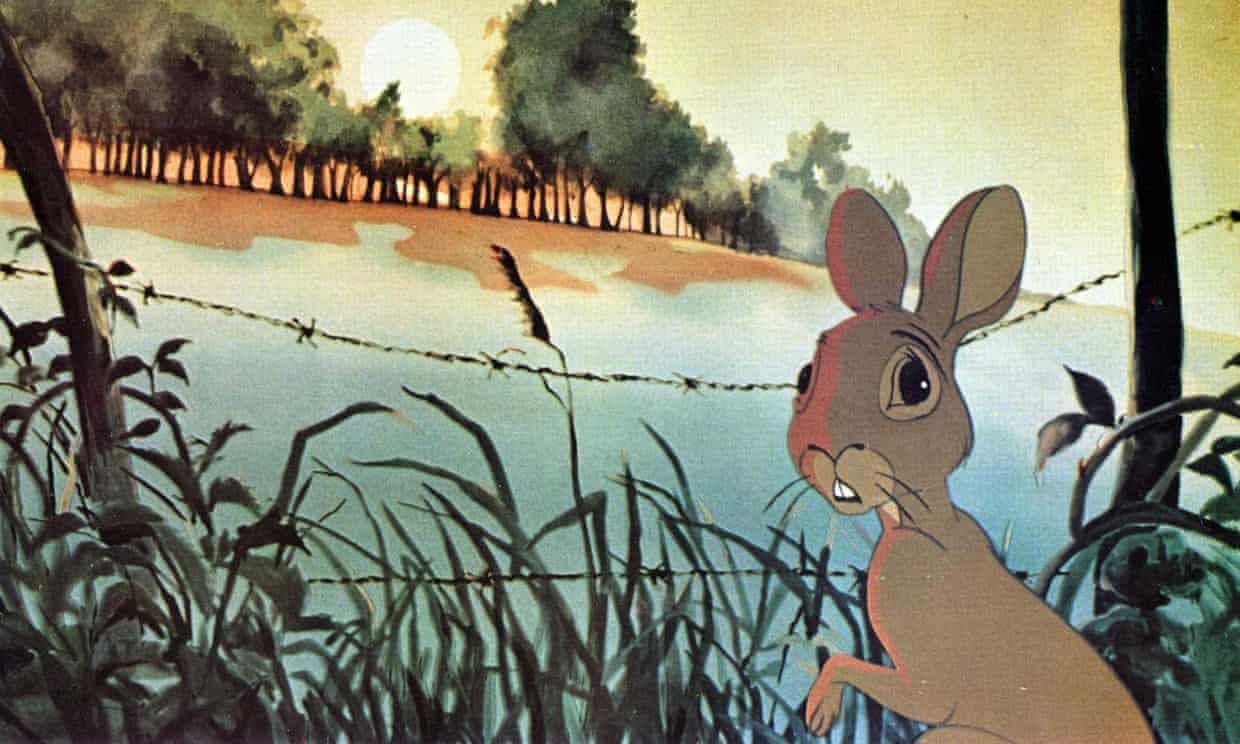