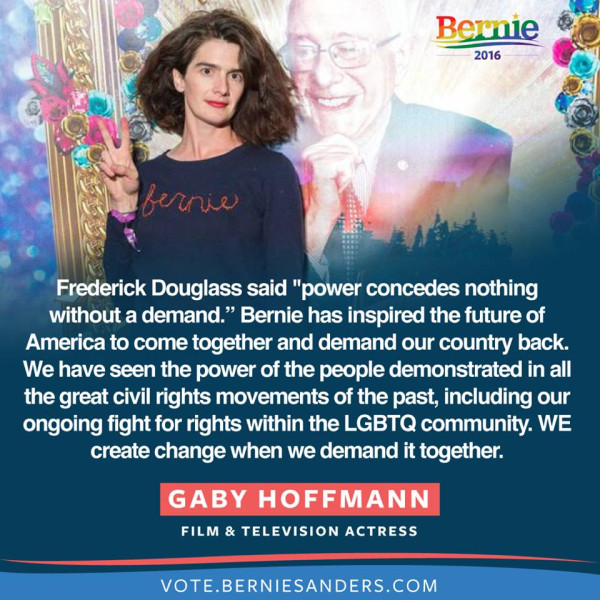 Here’s the Thing So Many Americans Can’t Grasp About Bernie Sanders - by Pete Ross - Observer.com - 04/25/16

Watching this year’s presidential nomination process from Australia has been a very interesting affair. I can’t say I’ve followed every single speech or piece of news, but I’ve certainly kept abreast of what is going on and have seen plenty of articles and commentary from people on my feed putting their opinions forward. What interests me the most are the people and media pundits who emphatically denounce Bernie Sanders and his supporters. The reasons all generally boil down to the fact that he is the reincarnation of Karl Marx and he wants to turn the U.S. into a communist state. That he is so far left of centre that he’s basically off the chart.

For those people, here’s a reality check...

This is Part 4 of my "Bernie-Trump" series. (It has been divided into a part one and a part two, soon to be posted). - All parts, and more, are conveniently listed in the latest technological fashion at: http://liberal-plus.livejournal.com/7435.html - liberal_plus

Unfortunately, I am too late with this post for the April 26 Primaries, in which I so hope Bernie does well, (today is Tuesday). Please note that I am writing another post simultaneously, which rather compliments this one, called, "CORPORATE & CONSUMER CONTROLLAHOLISM", over at

o_c_c_u_p_y. Hopefully, I will be able to post this soon. [Ed: It is now 4/27/morning, and Hillary has won 4 states. Should Bernie drop out? No. He should continue to fight like he's going to win, because he still can. I will say why herein, especially at the end of this post, dear reader].

Let me start this post by simply noting that I might have been wrong in my analysis of Bernie's visit with the Pope, during the NY Primary. Or, maybe it didn't go as Bernie had hoped. From what I gather, it was not plastered in the media as a big-time event. Most who covered it, or talked about it, squawked, "WHY is Sanders DOING this - during the Primary?!" (I.e., "Doesn't he know he is always doomed to fail?") Also, the Pope basically gave Bernie a minute or two, just enough to say, "Oh, hi there." He was busy with other things. But, maybe there was more to it.