OIL and WATER. - (Never the twain shall meet - unless by fire).

© Stephen Yang / Reuters
Activists march in protest with veterans outside the Oceti Sakowin camp where "water protectors" continue to demonstrate against plans to pass the Dakota Access pipeline adjacent to the Standing Rock Indian Reservation, near Cannon Ball, North Dakota, U.S., December 5, 2016.
Protesters against the Dakota Access Pipeline are shocked over bills introduced by GOP lawmakers which would criminalize road protests, restrict what protesters can wear, and allow the federal govt. to be sued to cover enforcement costs...  Among the bills, one would exempt drivers from liability, if they unintentionally injure or kill a pedestrian obstructing traffic on a public road or highway.

Andy Clayton-King, AP
Protesters against the Dakota Access Pipeline rappel from the catwalk in U.S. Bank Stadium during the first half of an NFL football game between the Minnesota Vikings and the Chicago Bears, Sunday, Jan. 1, 2017, in Minneapolis.
Pipeline protesters urge activism across U.S. -

LOUISIANA: Protests escalate over pipeline by company behind Dakota Access 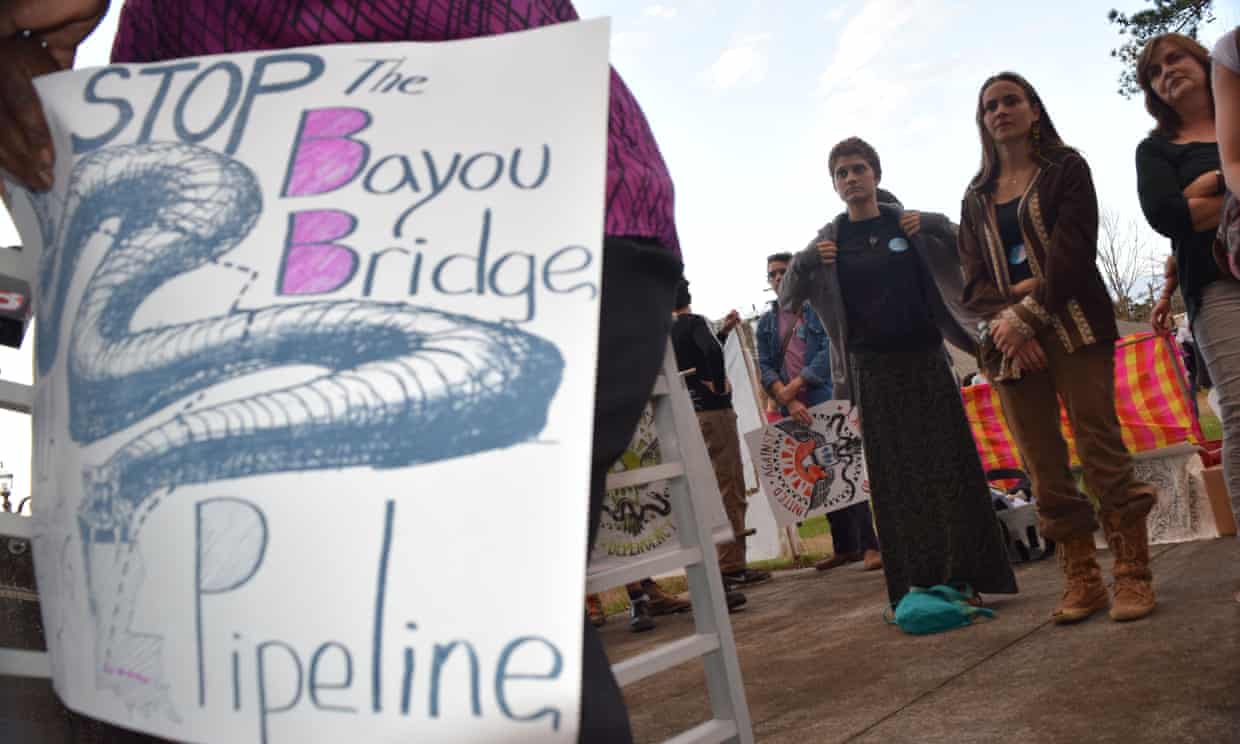 TENNESSEE: At least 5 arrested in protest at Valero refinery in Memphis

The astonishing 'gadget mountains' of Asia: UN warns of impending health and environmental disaster due to dumped technology

Not a Fish Tale: Humans Are Ingesting Plastic Thanks to Ocean Pollution 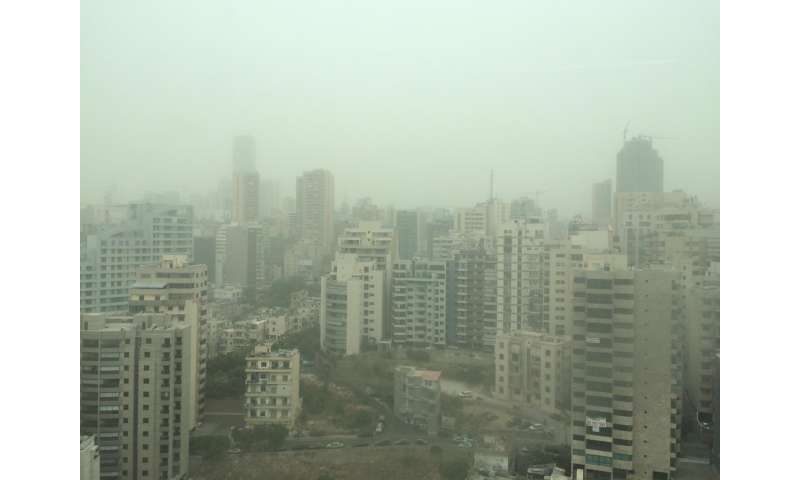 At this point in the post, it would be good to consider all the issues regarding the Great Lakes, including the "algae" poisoning of Toledo's water supply; invasive species, and the long-game attempt by the Kochs and China to privatise the water and contingent industry.  The greatest wars have yet to come, and they will be over water.  Here we are blessed with the greatest of lakes, and we are letting them go to waste - creating virtual need when there need be none - all for the glory of almighty, private profit.  Now that the GOP is in control: BEWARE THE SURGE OF PRIVATISATIONS.

And, consider, also, the crisis in the Flint water supply - now known to be a problem in countless other cities.  This is an infrastructure crisis which will be discussed in future posts.  But, this article, which I am reposting, does touch on Flint, and related issues. -

Continuity? Trump Is Anti-Environment, But So Was Obama -  (Note: I do hope to do a post on Obama's greatest success, albeit pained: His work on Climate Change).

There is no greater natural resource on this earth than water. As the sustenance of all life, water keeps every living and breathing organism, every plant, every animal and every human being on this planet alive. In the same way that without air to breathe, without water we humans cannot sustain life for more than a few days.
We all know: That's a lot of what Standing Rock is all about!
'Travesty': Nestlé Outbids Another Town for Control of Local Water Supply

I think I have posted this link before, but it stands as one of many ominous reminders of how threatening our Big Brother, National Insecurity State is becoming - and how it may often react to protesters of any stripe: OCCUPY, environmental, civil rights. The power has been invested at the top, since 9/11 - and now. Trump, and the GOP. Almost nobody ever plans to weild power wrongly. But the devolution of our economy, politics and environment is bringing us to the point where it shall hardly matter WHO is in charge anymore: Power MUST become ruthless.

But, remember: It can be surprisingly easy to contravene against this, simply through NUMBERS, through civil disobedience, and through VOTES, laws and amendments. It is even easier to do ju-jitsu on big corporations, simply by non-buying, media flaming, or by boycotting. All it takes is to cut into their profits by a percentage point or two, and most corporations will bend, replace ingredients, stop animal cruelty, pollution or abuse of local populations.

And - it is not like the march of technology is never on our side. Ultimately, it usually IS. Here's a few recent examples of progress in the preservation of water resources:

I introduce examples of ecological and economic progress over at the community,

eco_altrnatives. I haven't posted there lately - but I now have a tonne of links to post there as soon as I can. You are invited to join.

And here is a nice environmental site, via http://www.loe.org - Environmental Health News - but it is one of many, many. Maybe I will organise and post them all one day.